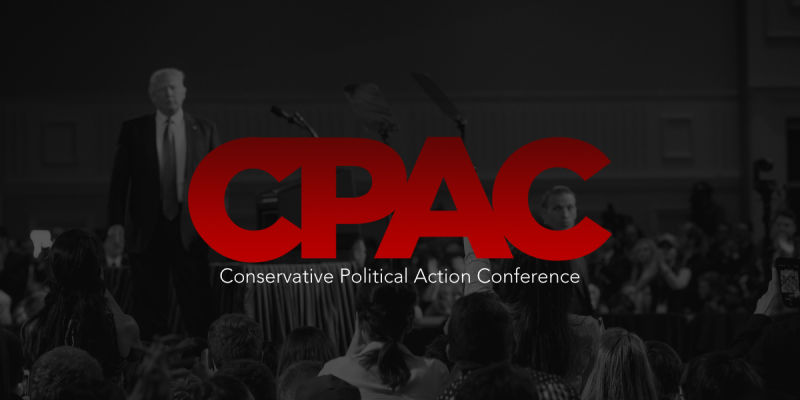 The annual Conservative Political Action Conference has come to an end in National Harbor, Maryland. First of all, I would like to take the opportunity to thank the American Conservative Union for allowing me to attend the event as a credentialed member of the media.

How big is CPAC? According to the ACU, 9,252 attended the actual event at The Gaylord hotel. Almost 20,000 attended the event through its satellites such as the one at Liberty University. The event also attracts over 2600 college and high school students.

It’s not just an event of old, white males either. There were plenty of younger white males and females too. There were also quite a few black and Hispanic attendees. One of the unwritten stories about the Trump coalition is how it is more diverse than say the Romney coalition or even the John McCain coalition.

There were gay Republicans there. Gone are the controversies about allowing gay groups to have booths there. The Log Cabin Republicans were represented there. There were even transgender conservatives in attendance.

The event attracts some of the biggest names on the center-right. Vice President Mike Pence was there and spoke. Turning Point USA’s Charlie Kirk was there (good to see you again Charlie!) and spoke and threw a party that was apparently very good, but your humble correspondent didn’t get his ticket in time.

Of course, President Donald Trump was there and he spoke…..and spoke….and spoke some more. He may even still be speaking as of writing.

But the truth is, CPAC’s big draw is not its main stage. The biggest draws are the breakout sessions and panel discussions.

The best breakout session was one held by the Georgia-based GOP consulting and polling firm Trafalgar Group. If you don’t know who they are, their pollster Robert Cahaly was the only pollster who got 2016 right. He also got most of 2018 right as well.

Cahaly’s breakout session was about how his firm got those two elections right. He also made some early predictions about 2020.

The liberty movement had a strong presence at the event. Young Americans for Liberty were recruiting the students sponsored by Turning Point USA and the Leadership Institute, among other organizations, for their Operation Win At The Door campaign which aims to elect 250 state reps by 2022. The libertarian Independent Institute also made an appearance, sold books, and built their email list.

There were also plenty of liberty-leaning attendees as well. Even more libertarian-minded conservatives have begun to make their peace with Trump.

As for the conference itself, there was a lot of talk about fighting socialism. But there’s still a lot of emphasis on the old Reagan-era vision of conservatism. The problem with that is Reaganism has by and large run out of steam. That’s why Donald Trump was able to defeat 15 major Republican candidates in 2016.

If conservatives are going to oppose socialism, there must be a new vision forward. It should start by learning the lessons of Trump’s victory.

All in all, I am more optimistic about the right than I was when I went up to CPAC. It is first and foremost a great networking opportunity. It is also the place where ideas can be inspired. Finally, it’s a great time.