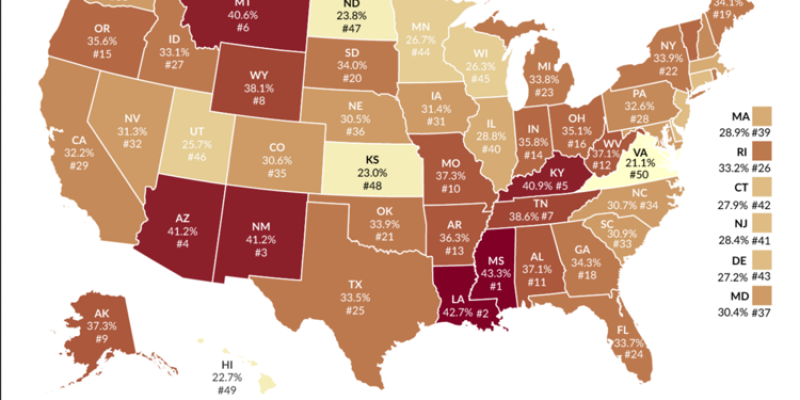 Louisiana ranks second as the most reliant state on federal funding according to a recent study produced by the Tax Foundation. The report examines which states rely most on federal aid funding as a percentage of their general-fund revenue.

Louisiana state government received federal government funding that amounts to 42.7 percent of Louisiana’s general revenue, which includes all tax revenues. It excludes investment income from state retirement funds or revenue received for providing utility services, according to the analysis.

Aid provided to states comes in the form of competitive federal grants or federal funds can be allocated based on formulas established by statute, the Tax Foundation study says. States that receive a greater share of federal funds tend to have more low-income residents and below-average lower tax collections, the foundation states.

The states most dependent on federal funds were Mississippi, Louisiana and New Mexico. The study used the most recent available data from fiscal-year 2016.

Which States Are Most Dependent on Federal Aid?

This is a revised version of an article first published by Watchdog.org.