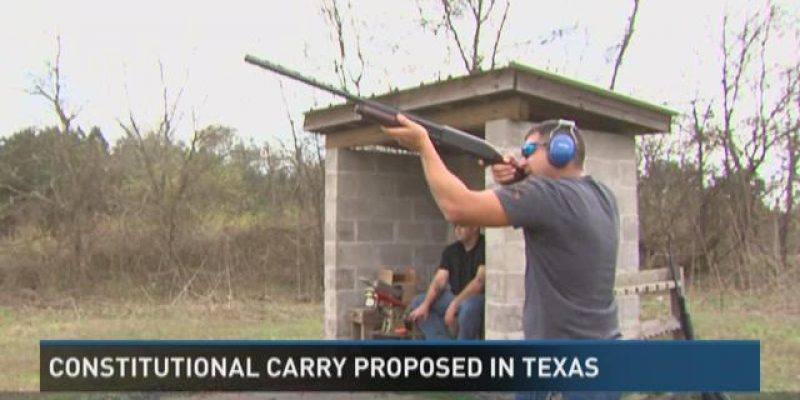 Many conservative grassroots organizations — gun rights and otherwise — are finding that the legislature is failing to take significant action on legislation to protect the Second Amendment, the nonprofit organization, Gun Owners of America (GOA) argues.

We are being told that legislators who just came through difficult elections simply “should not have to take a vote” on “fringe” items such as Constitutional Carry.

In Texas, one such bill, HB 357, is “being stalled to death in the Texas House — and it’s even farther behind in the Senate.”

“Since the grassroots of their own party has identified Constitutional Carry as a legislative priority, we should have been able to count on Governor Abbott, Lt. Gov. Patrick, and Speaker Bonnen to listen and act,” Rachel Malone, Texas Director, Gun Owners of America, said in an email to Second Amendment supporters.Instead, gun-related priority bills threaten gun owners’ rights by increasing “mental health” restrictions and redefining mentally ill.

The majority of states have some form of permit-less gun carry laws, Gun Owners for America states. More than 30 percent recognize constitutional carry, including Kentucky, Oklahoma and South Dakota, which passed legislation in the past few weeks.

“We elect legislators for them to get work done — not to play it safe out of fear,” Malone says.

Unfortunately, Speaker Dennis Bonnen has not acted to help Constitutional Carry get to the floor in a timely manner, Malone says.

“Small reform or dangerous “mental health” targeted legislation is not the answer, and it’s time to have our rights recognized in Texas by getting rid of the license requirement to carry handguns and eliminating “gun-free” zones,” GOA argues.

Interested in more news from Texas? We've got you covered! See More Texas News
Previous Article Louisiana ranks 2nd most reliant on federal aid
Next Article CROUERE: Biden Will Be A Bust