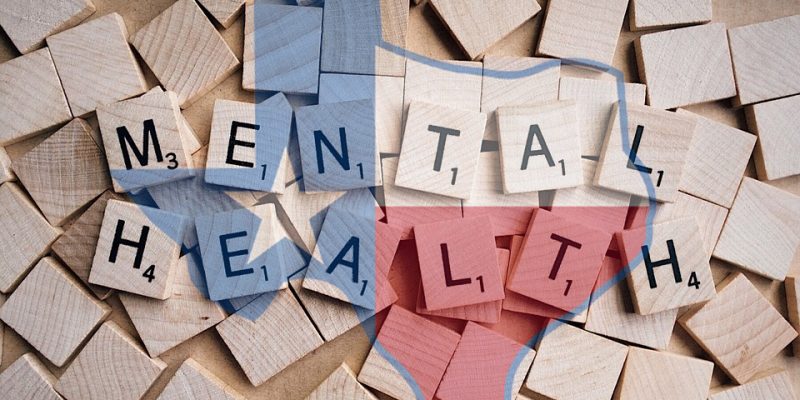 Of the priorities of the Texas Senate, a $5,000 increase in teacher and librarian pay became the first bill to leave the floor this session, and a slew of mental health reform bills are being considered today including $100 million for a Mental Health Consortium.

Mental health has emerged as a priority, under the assumption that increased screening opportunities can help prevent school shootings and other mass tragedies such as the massacre at Sutherland Springs. It’s clear that something must done, and perhaps this is why the bills being discussed today, including the flagship SB 10, have (so far) unanimous approval among state Senators.

But the Senators received a stern rebuke from Grassroots America/We The People Texas Director JoAnn Fleming today, concerned that the plan represents a “Pandora’s Box.” We’ll quote some pertinent portions of her email here:

• SB 10 infringes on the principle of limited government by creating an expensive new $100 million program that is outside the core functions of state government.

• SB 10 will jumpstart exponential growth of unelected bureaucracies. Taxpayer-funded universities and the dysfunctional Health & Human Services Commission will have direct authority over millions more of our tax dollars. We all know that once they are funded to start looking for a problem, they are going to find one. Conflicts of interest from pharmaceutical companies, special interests, and the universities themselves will be unavoidable under this structure.

• SB 10 duplicates what is already being done under existing authority. Several Texas medical schools already participate in a mental health consortium that meets quarterly. A new bureaucracy is not necessary to enable further collaboration and coordination of higher education institutions to improve access to mental health care.

• SB 10 has a high risk of evolving into a “Red Flag” monitoring program with respect to gun ownership. The 2018 Republican Party of Texas (RPT) Platform Plank #73 opposes red flag monitoring programs that seek to deprive someone of their right to keep and bear arms if their child is identified under mental health programs.

• SB 10 has the potential to make mental illness a cottage industry within our schools. The sale or sharing of any information collected in research or counseling for any commercial purpose is an affront to the constitutional liberties of Texas children and families. SB 10 clearly opens Pandora’s Box of unintended consequences.

• SB 10 further endangers privacy of parents and their children. It will erode parental authority. Stigma attached to any child misdiagnosed or even inadvertently revealed can severely damage children and their families. Information gathered through research or treatment should not be included in a student’s permanent file, should not be shared in a database, or released without express informed consent of the patient or guardian of the patient. Such sensitive information should be delivered to the parent(s) or legal guardians only and destroyed after the student leaves the school or graduates.

• SB 10 is ripe for political agendas and abuse. Indeed, political abuse of psychiatric diagnosis is an important tool in stifling political dissent within socialist countries. Is there any doubt – given today’s headlines – that the Democratic Left intends to push the United States into socialism? Mental health issues are becoming the “go to” tool of choice in today’s political circles and are being used to attack gun ownership and threaten the ability of veterans with a PTSD diagnosis to retain their Second Amendment rights.

Supporters of the bill say that mental health professionals are already overburdened and the Mental Health Consortium would provide resources that would otherwise not be available if government does not assist the industry.

A related bill, SB 11, would give teachers and school employees an ability to screen for mental wellness for school children. We’ll have more on this in a future article.

Texas Action, a conservative bill analysis organization, supports several amendments to the bill, including open records provisions and patient confidentiality protections. But overall they recommend a no vote as-written:

“Instead of appropriating $100 million for a new program, the state could re-prioritize some of the $7.6 billion currently spent on mental health to improve and expand existing efforts [such as with several other state universities],” a report from Texas Action suggested.