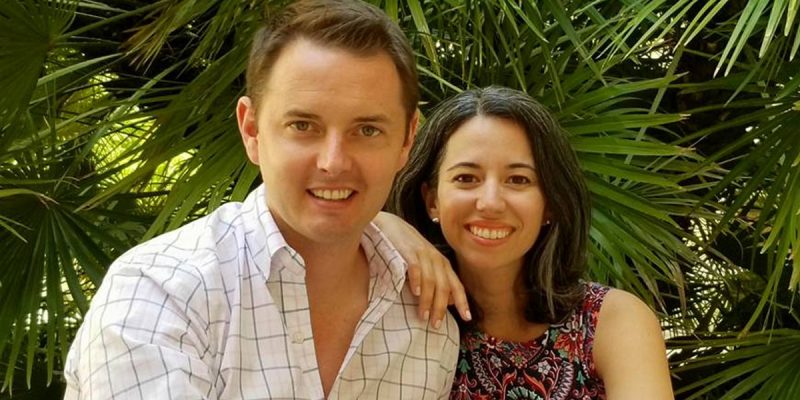 Here’s an interesting development from this fall’s legislative races. Stephanie Hilferty is a Republican state representative from New Orleans – her district is in both Metairie and New Orleans, encompassing Lakeview, West End and City Park in Orleans Parish and Bucktown and points west along Lake Ponchartrain in Jefferson – who’s in only her first legislative term after knocking off then-incumbent Republican Nick Lorusso in 2015.

And it looks like now somebody is going to take a poke at doing to Hilferty what she did to Lorusso four years ago.

Hilferty isn’t a RINO, strictly speaking. Last year her LABI score was 96 percent, which was up from 85 percent in 2017. But in her first year in the legislature she was only a 56, and that established a brand which wasn’t the best where conservatives are concerned. In a district which went for Donald Trump with 56 percent and John Kennedy with 58 percent in 2016, and split 50-50 between David Vitter and John Bel Edwards in 2015, she’s probably a reasonable fit.

Nevertheless, we’ve heard repeated rumblings Hilferty was going to catch a challenger. And now one has emerged – and he’s significant. A press release…

Local Business owner and US Navy Reserves Officer Kirk Williamson declared his candidacy today for State Representative in District 94 as a Republican.  Williamson a father, husband, naval officer, business owner and community leader will be seeking the seat that spans Orleans and Jefferson Parish.  He is the owner of Chester Development, a residential development company located in Lakeview, New Orleans.  He also currently serves as a Lieutenant in the US Navy Reserves and is a Veteran of the Global War on Terror.  Williamson is the Vice-Chairman of the Republican Party Executive Committee in New Orleans and serves on the board of the Home Builders Association of Greater New Orleans and the Veterans of Foreign Wars Post 8973.

“The past four years have been some of the worst economic times in Louisiana’s history,” stated Williamson during his announcement. “We must elect new, effective leaders to turn the page on the past four years which has seen the legislature pass billions of dollars in new taxes to pay for the largest budgets in Louisiana’s history. I offer my credentials as a business owner and naval officer to bring greater accountability of our tax dollars to Baton Rouge.”

Williamson believes the greatest challenges in this race are tax reform and economic development. “While the rest of the country has seen improvements in our nation’s economy over the past several years, Louisiana spent parts of the last four years in a recession.  We are nearly dead last in every statistic to include unemployment and have been consistently been rated as the worst state in which to do business.  We are failing our citizens by taxing them too much and providing them nothing for it. They aren’t safe from crime, we provide one of the worst educational systems, worst infrastructure and worst healthcare.  The only thing the past four years have produced is extra legislative sessions, and that trend stops today.”

Kirk Williamson lives in Lakeview New Orleans.  His wife, Mariana and he attend St. Dominic with their Sofia.  He obtained a bachelor’s degree in International Relations from the George Washington University and a master’s degree in Diplomacy from Norwich University.  Williamson, a Veteran of the Global War on Terror has spent 12 years in the US Navy and is currently attending the Naval War College where he will complete a two-year, leadership degree this May.  He is an avid, football, basketball and baseball fan and loves teaching his daughter about the Saints, Pelicans and LSU Tigers.

Williamson gave $500 to Lorusso four years ago. He’s a semi-frequent political donor over the last few years, and not with big numbers – his largest political donations in Louisiana races are a pair of $1,000 checks to Julie Stokes in 2017, when it appeared she was going to run for Treasurer. Among his other donations are checks to Conrad Appel, Mike Yenni, J.P. Morrell and the PAC’s for the Louisiana Home Builders Association and the New Orleans Home Builders Association. Federally, we found a $250 check to Rob Maness in 2016 and a $500 check to Marco Rubio in 2015, to go with a couple of thousand dollars to the Louisiana Republican Party. That would mark Williamson as a pretty run-of-the-mill national Republican who plays ball locally with some of the powers that be – if you’re in the homebuilding game and you live in Orleans Parish, particularly if you’re in Morrell’s district, you’d better give him something or else you’re going to regret it.

There will be a Democrat in the race in all likelihood, and the word is it’s going to be Tammi Savoie, the left-wing Air Force psychiatrist who ran a fairly hopeless race against Steve Scalise last year (Savoie got 16 percent of the vote to Scalise’s 71 percent in the October congressional primary). There is a chance Williamson and Savoie could squeeze Hilferty from either side and end up in the runoff together.

But it’s way too early to know that. What we do know is that District 94 should be a pretty interesting race, and the Hilferty-Williamson battle for the Republican majority in the district will be a hot one.