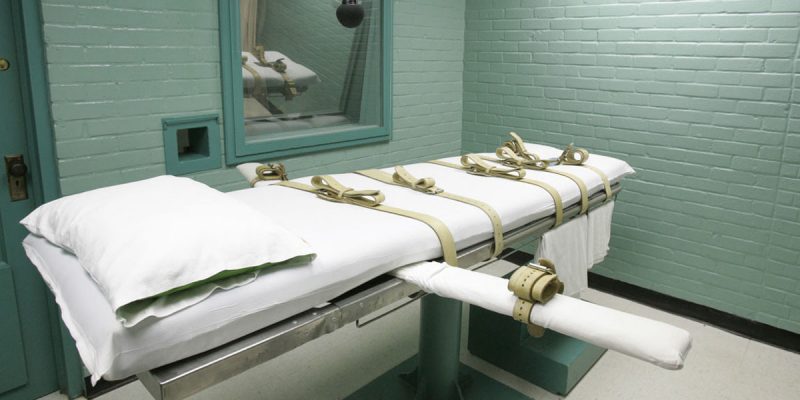 Our readers were aware last week that the House Administration of Criminal Justice Committee was holding a hearing on the death penalty in Louisiana, and on Tuesday that hearing took place. It wasn’t the most illuminating affair in the history of the state, but certain things became pretty obvious to those who watched.

Much of Tuesday’s hearing, which was administered in part by Attorney General Jeff Landry’s office, centered on complaints about the death penalty being put on hold in Louisiana and how the state might move forward with administering capital punishment.

“In Louisiana, death row doesn’t mean death row anymore,” said Landry, a Republican who is seeking re-election this year and has been a vocal advocate of re-instating its use of the death penalty here.

Louisiana is one of 31 states that still allow the death penalty as a form of criminal punishment in law. But the state’s last execution was in 2010, and that prisoner volunteered to be executed. The issue has been tangled up in the legal system amid a fight over the state’s process for lethal injection.

Attempts to abolish capital punishment have come up in recent years at the State Capitol, but it continues to face major resistance in both the Republican-controlled House and Senate.

For several hours, the House panel heard from grieving victims’ family members and other capital punishment supporters, while opponents of the death penalty spoke during a shorter public comment period at the meeting’s end.

The tilt toward favoring capital punishment left many legislators and others who oppose the death penalty complaining that the hearing was tainted with partisanship.

Rep. Barbara Norton, D-Shreveport, said she felt that the event was orchestrated as a “set up” to target Gov. John Bel Edwards, a Democrat.

And after the hearing Gov. John Bel Edwards provided the real illumination in a statement…

“The fact of the matter is that we cannot execute someone in the state of Louisiana today because the only legally prescribed manner set forth in state statute is unavailable to us,” Edwards said in a statement after the hearing. “In the time since we last had this conversation, nothing has changed – the drugs are not available and legislation has not passed to address concerns of drug companies or offer alternative forms of execution.”

Why is that statement illuminating? Because one thing that was made quite clear at the hearing is that while state statutes prescribe lethal injection as the method of execution in Louisiana, those statutes don’t weigh in as to what substances must be injected.

The state Department of Corrections has settled on a cocktail of drugs as a means of lethal injection, and elements of that mixture which aren’t available now because drug companies won’t sell them to the state for purposes of executing Death Row prisoners. But if Edwards or his people at DOC were legitimately interested in carrying out death sentences this wouldn’t be a problem. Louisiana’s evidence lockers are filled to the brim with drugs like Fentanyl, which as it was remarked at the hearing is known to be lethal in quite small doses.

And law enforcement in the state has enough Fentanyl to wipe out the entire prison population several times over.

The point here isn’t so much to tout the outstanding efficacy of the death penalty – on balance we’re for it, but we’re willing to entertain arguments to the contrary. What isn’t tolerable is the excuse-making and deceit being employed by the governor and his minions in defense of his decision not to carry out the law of the land.

Poll after poll shows a majority of Louisianans is in favor of the death penalty. Because of that Edwards won’t come out in opposition. He’s trying to have this issue both ways, by cooking up excuses not to do his job.

The fact that the state legislature is having to hold hearings which turn into a food fight as Ted James and Barbara Norton toss insults indicates just what a mess Edwards has made of this issue by failing to lead. But this is just one issue of many in which that’s true.

Interested in more news from Louisiana? We've got you covered! See More Louisiana News
Previous Article It Looks Like Will Wade Is Now Forcing LSU To Either Reinstate Or Fire Him…
Next Article GATES: What the Supreme Court’s Abortion Ruling Really Means for Louisiana