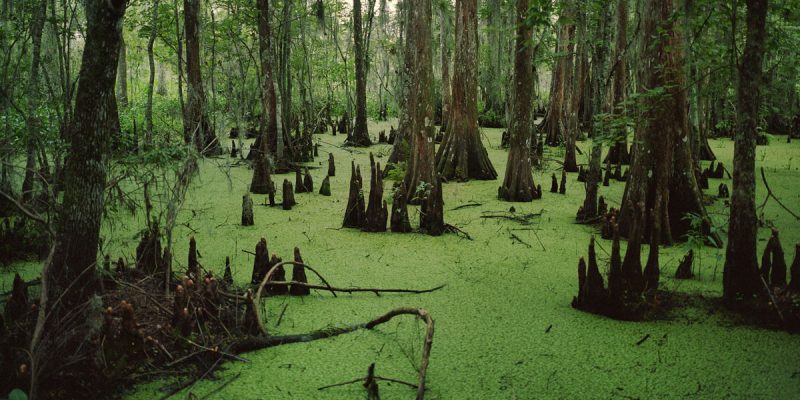 Here’s an interesting press release from the folks at Truth In Politics, which last week launched a sizable radio campaign pointing out the poor record of Louisiana’s governor John Bel Edwards on a number of fronts – most particularly his neglect of early child education in favor of the more unionized elements of that sector – and ended up in a kerfuffle for their efforts…

The following is a statement from Truth in Politics (TIP) spokesperson Jay Connaughton regarding the recent attempts by Gov. John Bel Edwards and his legal team to silence a radio advertisement campaign criticizing him for his policy failures.

“Late last week, we launched a month-long radio campaign on more than 20 stations in nearly every market in Louisiana. John Bel Edwards didn’t like the fact that someone was finally calling him out on his failed record as governor. In an attempt to silence and intimidate us, he hired Hillary Clinton’s lawyers to threaten legal action and bring down our message. We voluntarily changed a word or two, and the context of our ad remains the same. They failed in their attempts to silence us, and the ads ran all weekend and continue to run today.

Every voter, in every corner of our state, no matter what community they come from, deserves to know that this governor is making life harder. He has no plan other than to raise taxes on those families who struggle the most. Edwards’ education policies stand to hurt poor, inner-city families more than anyone. Edwards’ failure to deny education officials the money they need for early childhood programs is especially painful to those in need. Governor Edwards is failing the people who count on him the most.”

The ad as originally scripted hits Edwards for failing to fund early childhood education, and the governors lawyers complained to radio stations across the state that because he’d provided funding previously it’s false to attack him on that basis.

Except that’s not what’s in the news. Last week state Education Superintendent John White voted against Edwards’ teacher pay raise plan at the most recent meeting of the Board of Elementary and Secondary Education for the very reason that it didn’t address early childhood education, which is the place within the education sector where you can make a real argument the state’s funding is problematic.

And this is a particularly sore subject for Edwards because it isn’t rich white Republicans in the suburbs who need government help for their kids’ pre-kindergarten needs. It’s poor people who most of the time vote Democrat, whether black or white, and their expectation when pulling the lever for him back in 2015 was that he would handle things like this after the evil, uncaring Bobby Jindal all but broke state government’s ability to help them.

The spot focuses on Edwards’ education policy, saying the governor has tried to take away “school choice, a chance to get kids out of failing schools.” It highlights Edwards’ skepticism about charter schools and publicly funded vouchers that allow low-income children to attend private and parochial schools at the state’s expense.

“This claim is simply false,” Jonathan Berkon and Courtney Weisman, attorneys for the Edwards campaign, wrote in a letter to the radio stations. “As public records clearly show, each budget passed since Governor Edwards took office in January of 2016 has included millions of dollars of funding for early childhood education.”

So the idea that Edwards didn’t actually change anything, and that his campaign promises to those people were lies, is something he really doesn’t want to hear on the radio – particularly on stations catering to the black community, for example.

But the punch line here isn’t really the policy debate about early childhood education – as substantial an issue as that may be. The juice here is who Edwards hired in an effort to get those Truth In Politics ads pulled down.

Would you believe he hired Perkins Coie? Well, he did.

Jonathan Berkon is a lawyer for that firm. Here’s his bio. And here’s the one for Courtney Weisman, who also works there.

In case you don’t remember this law firm, they’re the people who hired Fusion GPS to drum up the infamous Steele Dossier and turn it loose to the FBI in an effort to smear Donald Trump in advance of the 2016 presidential election. Jonathan Turley, no particular right wing partisan, did a pretty good job of explaining how sleazy the whole affair was in a column at The Hill back in December…

Throughout the campaign, and for many weeks after, the Clinton campaign denied any involvement in the creation of the dossier that was later used to secure a secret surveillance warrant against Trump associates during the Obama administration. Journalists later discovered that the Clinton campaign hid the payments to Fusion as a “legal fees” among the $5.6 million paid to the law firm. New York Times reporter Ken Vogel at the time said that Clinton lawyer Marc Elias had “vigorously” denied involvement in the anti-Trump dossier. When Vogel tried to report the story, he said, Elias “pushed back vigorously, saying ‘You (or your sources) are wrong.’” Times reporter Maggie Haberman likewise wrote: “Folks involved in funding this lied about it, and with sanctimony, for a year.” Even when Clinton campaign chairman John Podesta was questioned by Congress on the matter, he denied any contractual agreement with Fusion GPS. Sitting beside him was Elias, who helped devise contract.

Later, confronted with the evidence, Clinton and her campaign finally admitted that the dossier was a campaign-funded document that was pushed by Steele and others to the media.

In one of his answers to an interrogatory, Steele explained: “Fusion’s immediate client was law firm Perkins Coie. It engaged Fusion to obtain information necessary for Perkins Coie LLP to provide legal advice on the potential impact of Russian involvement on the legal validity of the outcome of the 2016 U.S. Presidential election. Based on that advice, parties such as the Democratic National Committee and HFACC Inc. (also known as ‘Hillary for America’) could consider steps they would be legally entitled to take to challenge the validity of the outcome of that election.”

Steele’s testimony suggests that the dossier was not just a political hit job but a type of insurance for a catastrophic political event.

The catastrophic political event would be Trump winning the election and draining the swamp, and particularly someone indicting Hillary Clinton over her use of a private, unsecured e-mail server to process classified information and run the graft engine that was the Clinton Foundation.

But weren’t we told that John Bel Edwards was The Trump-Friendly Centrist Democrat? Yes, in fact we were – by his pals at The Advocate and elsewhere. Clearly Edwards is attempting to sell that image to the public, despite the fact his party can’t stop attacking Trump.

It would seem that you wouldn’t want to align yourself with the Clinton/Fusion GPS/Deep State gang when you’re trying to fleece voters into thinking you’re on the Trump train, though, right? Or maybe Edwards is beyond such minutiae given the media treatment he commonly gets.

You don’t need Perkins Coie to harass radio stations into dropping campaign spots attacking you. There are plenty of lawyers in Louisiana who do that sort of work. Edwards has undoubtedly taken campaign contributions from at least some of them. And yet his first move is to plug into the D.C. swamp for it, with the swampiest swamp-dwelling law firm on the planet at the top of the list.

Seems pretty dispositive to us. There is no daylight between Edwards and the national Democrat Party. None whatsoever. Little things like this prove it beyond a shadow of a doubt.