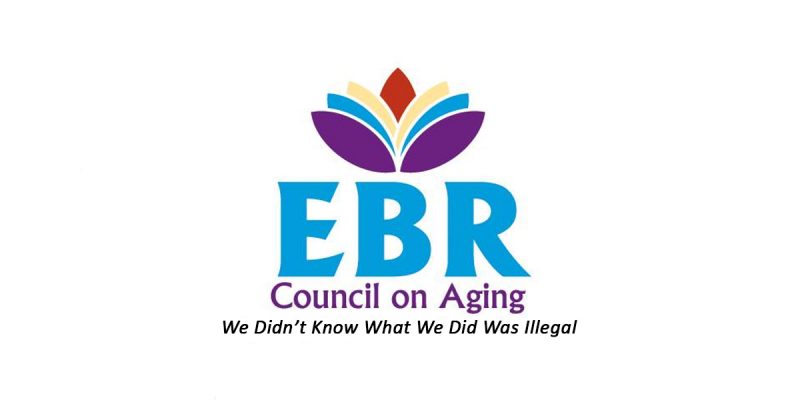 This might seem to be an in-the-weeds discussion, but given the ongoing corruption and dirty dealing by the cabal of people currently running East Baton Rouge Parish and the lack of interest in holding them to any standard of ethics or legality we couldn’t resist. This item caught our eye yesterday…

The East Baton Rouge Parish Council on Aging has acquired the long-abandoned Gus Young Fire Station on Gus Young Avenue with plans to redevelop the blighted property into an intergenerational center that will provide services to seniors as well as youths.

The acquisition came through an intergovernmental transfer with the East Baton Rouge Redevelopment Authority, which had been given the title to several abandoned fire stations by the city-parish during the Kip Holden administration, according to RDA President and CEO Chris Tyson.

Marcelle says the deal is a win-win for the community, restoring a blighted property to commerce while also enabling the CoA to provide additional services to multiple generations.

“Intergenerational centers are not new in other places but it is a new idea here,” says Marcelle, who explains the center will enable elderly CoA volunteers—retired educators, say—to tutor local youths, who, in turn, will help train CoA clients in things like computer skills.

The facility will also serve as the CoA feeding site for that area. The agency currently partners with a nonprofit that has a facility on Gus Young Avenue, but Marcelle says it will be more efficient to move those facilities to the old fire house once renovations are complete.

First of all, that’s not what the old firehouse will be used for. It’s going to be a get-out-the-vote headquarters for the North Baton Rouge political machine that the Council on Aging has become the spearhead of, and everybody knows it. Whatever else will happen there, GOTV is its primary purpose.

Which leads us to the second point – which is to ask why it’s OK for the East Baton Rouge Council on Aging to get property far below its assessed value. Weren’t we told that this is unacceptable?

Yes, in fact we were. In fact, the political career of one of Baton Rouge’s few politicians who actually gave a damn about limited government was ruined over this very thing thanks to the Baton Rouge Business Report.

Remember when Ryan Heck was dragged through the mud over the city-parish’s sale of a more-or-less useless piece of property on the corner of Bluebonnet Blvd. and Jefferson Highway to a citizen with whom he had an acquaintance? We do. The Business Report acted like it was a red alert for corruption because the buyer of that property picked it up at a public auction at a “below-market” price, despite the fact the property is little more than a strip of land barely suitable for development as much of anything more than a few small apartments. It had been out of commerce idle on the city-parish’s books with no one paying property tax on it and the city-parish on the hook for its upkeep until Heck worked to put it up for auction. None of the city’s real estate investors or developers were interested in the property save one, a man Heck knew who lives less than a mile away, and that man bought the property at auction. He’s since paid property tax on it and taken over its upkeep, and to date has had no success in turning that strip of land into productive real estate.

And for Heck’s role in unloading that dog with fleas, he was called a crook repeatedly by the Business Report and his reputation sullied.

Well? Here we have an awfully similar situation. But instead of a private citizen getting a good deal on a piece of property not in commerce we have a quasi-governmental agency funded with our tax dollars getting it not through an auction but through an intergovernmental transfer, and for a fraction of the value it’s assessed for. And with the fingerprints of several of Baton Rouge’s politicians – Denise Marcelle, Chauna Banks, Donna Collins-Lewis – all over it.

Undoubtedly we’ll see investigations, bombs being thrown in the media, repudiations and maybe even lawsuits. Right?

Or is it only OK for public-sector entities to get involved with unproductive real estate?

We’ll bet Heck would like to know. We sure would.

Interested in more news from Louisiana? We've got you covered! See More Louisiana News
Previous Article COURVILLE: Teachers’ Unions Would Rather Fight For JBE Than Their Membership
Next Article Red River Rivalry: Oklahoma Jumps Ahead Of Texas By OK’ing Constitutional Carry