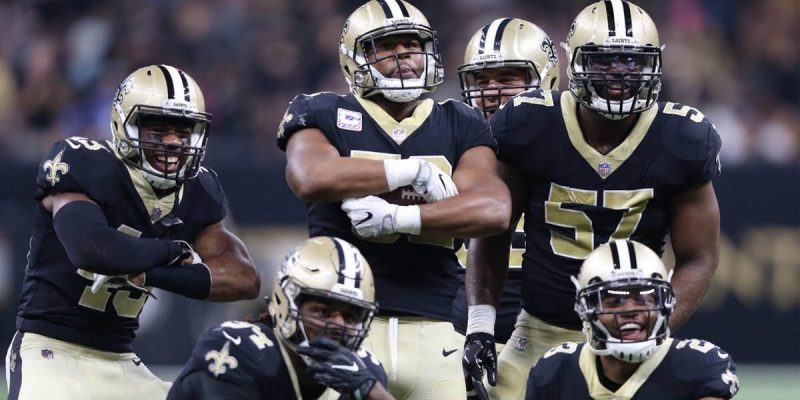 Quality not quantity. If there was a lesson derived from the Saints’ 2018 NFL Draft, it was that having been picked by the team did not assure one of a roster spot.

At least in New Orleans.

Another sixth rounder, running back Boston Scott, had made the roster but was cut to free up space for the addition of an offensive lineman.

To see so many draft selections get the Thanos treatment (BTW see Avengers: End Game- it’s worth the hype!) is really remarkable.

But there was a reason why the talent procured with those picks were expendable: the Saints roster is stacked.

Though we are entering the ten year anniversary of the magical Saints Super Bowl winning season, it’s difficult to appreciate how solid this franchise is because it has been a decade since the Black and Gold made their lone championship game appearance.

The football forces (and officiating…oh and the Commissioner’s office) stymied that seemingly inevitable Two Dat that owner Tom Benson promised the fan base on the heels of grasping the Lombardi Trophy.

The following season, the Saints were plagued by a hobbled running back corps consisting of warm bodies held together by band-aids and a defense that proved so impotent that it inadvertently sired the legend of “Beast Mode” in Seattle.

In 2011, a much healthier and talented team, perhaps the best ever fielded by the Saints, was one uncalled helmet-to-helmet penalty away from hosting the NFC Championship game against a team that they had demolished earlier that same season- and that would go on to win the Super Bowl.

And then Bounty Gate hit and a series of NFL Draft misses landed the Saints in football purgatory for three seasons until the franchise was totally rebuilt aside from two players.

In 2017 the Saints were a botched defensive play away from a trip to the NFC Championship Game in Philly.

And there’s no need to rehash what took place three yards away from the Rams’ end zone three months ago.

The point is, the Saints have been on the cusp on snatching that elusive Two Dat and are poised to be in contention again in 2019, with a little luck and competent officiating.

So what were the Saints in the need for entering the 2019 NFL Draft?

Suddenly a center after Max Unger, the key component in the Jimmy Graham trade, decided to call it a career.

Not one to let draft picks burn a hole in their pocket, the Saints moved up in the second round with a favorite trading partner and former employer of Saints executive Jeff Ireland, the Miami Dolphins, to grab Texas A & M Center Erik McCoy, whose defining stat is having surrendered only one sack in 1,528 pass blocking snaps in a three season period.

And the Aggies play Bama.

Next up: bolstering the Saints’ leaky pass defense.

The Saints once again traded up to choose a safety, likely the position upgrade they would have targeted in the second round had Unger not left.

Florida Gator defensive back Chauncey Gardner-Johnson proved to be a value pick scooped up in the fourth round thanks to packaging their fourth and fifth round selections to the New York Jets to leap eleven spots.   Gardner-Johnson was graded as a “Day Two” (second/third round) caliber player.

Further investing in a secondary whose poor play at the beginning of last season made Tampa Bay backup quarterback Ryan Fitzpatrick a one-week fantasy football All Pro and sports fashion icon, the Saints patiently used the sixth round pick they got as part of the Teddy Bridgewater swap to bring in Rutgers safety Saquan Hampton.

In their final two picks, the Saints took a crap shoot at Notre Dame tight end Alize Mack with their first seventh round selection and Idaho linebacker Kaden Eliss with their other pick in the seventh round.

Eliss made no bones about trying to crack the roster as a special teams player first, cognizant of the glut at linebacker while tight end became less of a priority going into the draft after the Saints finally inked Jared Cook to a deal.

The two outstanding big questions in terms of roster needs are defensive tackle and wide receiver.

Is the Saints front office comfortable with what they currently have in those areas or was it a matter of not being confident that the names left on the board would even make the roster?

When considering how loaded the Saints are across their roster and how few players from last year’s draft class made the team, Airline Drive made a point of being picky with their limited cache of draft selections.

At this juncture, it looks like they accomplished what they set out to do.