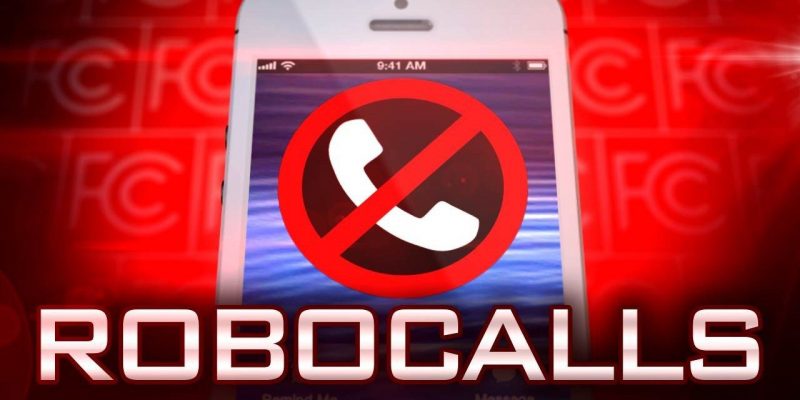 Tired of receiving the pesky automated calls from China and everywhere else? Despite laws, it’s difficult to enforce or collect fines.

Federal agencies tasked with imposing fines on telemarketing robocall companies have difficulty enforcing the law and collecting penalties. That’s according to a recent report by the Wall Street Journal.

In 2012, the Federal Trade Commission (FTC) fielded 2.26 million complaints about robocalls, otherwise known as unwanted automated, computer-dialed phone calls. By 2018, there were 26.3 billion unwanted robocalls made to U.S. mobile phones, according to robocall-blocking app Hiya.

The FTC says it’s seen “a significant increase in the number of illegal robocalls because internet-powered phone systems have made it cheap and easy for scammers to make illegal calls from anywhere in the world, and to hide from law enforcement by displaying fake caller ID information.”

The FTC has fined violators $1.5 billion since 2004 through court judgments in cases involving civil penalties for robocalls or Do Not Call registry violations, including the sum requested for consumer redress in fraud related cases. It has collected only $121 million, or 8 percent of that total.

Since 2015, the FCC has ordered violators of the Telephone Consumer Protection Act to pay fines of $208.4 million, including forfeiture orders in cases that involve robocalling, Do Not Call registry and telephone solicitation violations. But the agency has collected only about $6,790 in penalties (.003 percent), the Journal found.

Included in this total is one company that was fined $120 million in May 2018 for allegedly making 96 million robocalls during a three-month period to trick people into buying vacation packages.

One problem, the Journal found, is that the FCC and FTC lack the authority to enforce the forfeiture order, passing on cases to the Department of Justice.

The challenges to collecting penalties often involves dealing with small illegal outfits that might suddenly close their operations or change their business name. Many are based overseas, making it difficult to seize assets, the agencies claim.

“The dearth of financial penalties collected by the U.S. government for violations of telemarketing and auto-dialing rules shows the limits the sister regulators [FCC and FTC] face in putting a stop to illegal robocalls,” the Journal wrote. “It also shows why the threat of large fines can fail to deter bad actors.”

Fines can be “a deterrent on legitimate companies that have real assets in the US,” but they aren’t effective against overseas operators, according to the report.

Under the new settlements, “the defendants are banned from robocalling and most telemarketing activities, including those using an automatic dialer, and will pay significant financial judgments,” the FTC said.

FCC Commissioner Jessica Rosenworcel, one of two Democrats on the Republican-majority commission, has called “for carriers to make free tools to block robocalls available to every consumer.”

Interested in more national news? We've got you covered! See More National News
Previous Article The Legislative Session Begins Today, And Louisiana Needs It To Be Contentious
Next Article Open the Books: U.S. Department of Education wastes billions each year