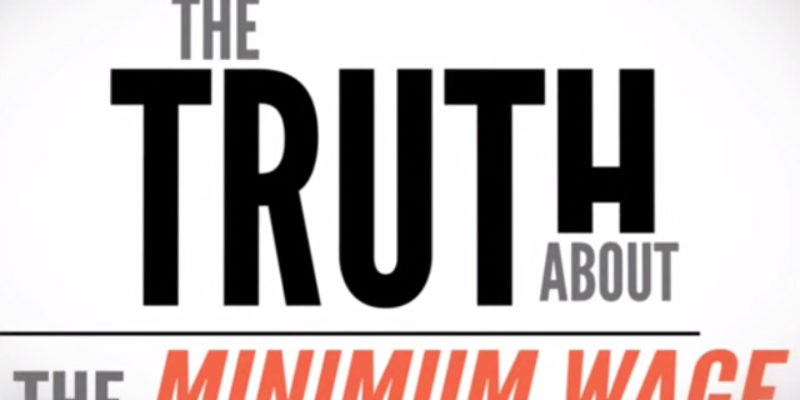 Blue states that have raised the minimum wage to $15/hr. are experiencing massive job losses and increased costs. Despite claims to the contrary– raising the minimum wage hurts minorities and young people the most.

In New York City, raising the minimum wage to $15 an hour directly led to loss of jobs in the restaurant industry, according to an online survey conducted by the New York City Hospitality Alliance, an association representing restaurants in the city. Restaurants are eliminating jobs, reducing employee hours and raising prices because of the higher costs imposed by the $15-per-hour minimum wage, they claim.

The survey also found that 75 percent of limited-service restaurant respondents said they plan to reduce employee hours; 53 percent will eliminate jobs in 2019 because of the minimum wage hike.

“The results of this survey, and other industry trends, signal that a once-growing industry responsible for hundreds of thousands of jobs and billions of dollars in economic impact has become stagnant,” the Hospitality Alliance said.

Ryan Young, a fellow at the Competitive Enterprise Institute (CEI), a free market think tank in Washington, D.C., said that implementing a higher minimum wage “forces employers to reduce non-wage pay such as insurance, breaks and personal time off, free meals or parking, and more.”

He estimates a federal minimum wage hike would lead to 2 million job losses and “hit small businesses the hardest.”

Researchers at the University of Washington, New York University, and Amazon studied the effects of Seattle’s minimum wage hike on 25,000 low-wage workers in a year-long study.

Their 2017 report found that increasing the wage from $9.47 to $13 harmed low-skill workers the most. An October 2018 update with more data found that some low-wage workers did benefit.

The economists evaluated rates of entry, essentially, how many people who did not work before and had no skills entered the workforce following the wage increase. They found that right after the minimum wage increased, “entry rates flattened and eventually fell as the minimum wage went up further, suggesting less experienced workers were offered fewer opportunities for work,” according to the report. “Meanwhile, in neighboring counties, entry rates continued to increase before leveling off in 2017,” they found.

In 2019, 19 states are increasing their minimum wage rates, a trend Congressional Democrats hope to continue when they introduced federal legislation to raise the minimum wage nationwide by 2024.

An American Action Forum (AAF) study projected that the minimum wage hikes slated to go into effect in 2019 will kill 261,000 jobs as job creators attempt to keep expenses in line. Over time, the AAF study projects 1.7 million low-end mostly minority-held jobs would be eliminated.