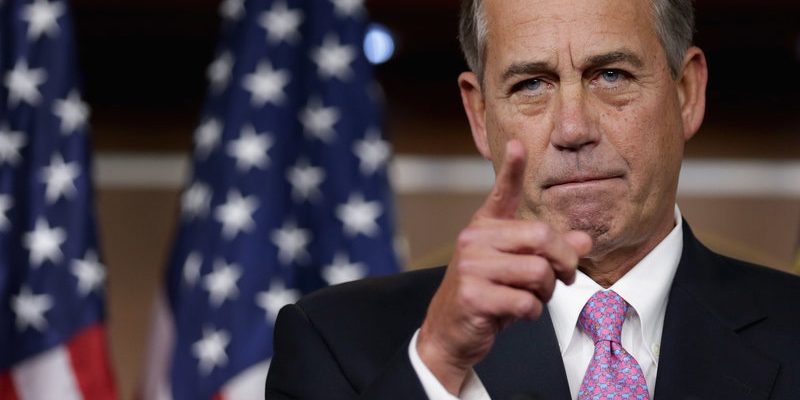 There is no question that the movement to legalize marijuana in the United States is continuing to pick up steam and John Boehner is a big reason why.

The former Speaker of the House who once opposed marijuana is now one of the biggest advocates for legalization.

As conservatives, we often look to the free market to gain insight into our economic future and the following huge corporate agreement begs the question- is marijuana legalization closer than we think?

Constellation Brands, the same company that produces beers Corona and Modelo, interestingly owns nearly 40% of the equity stake of Canopy.

Speaker John Boehner, a man who knows his way around Washington D.C. better than anyone, serves on the Board of Directors of Acreage Holdings.

In a recent interview about the merge, Boehner seemed to indicate that major developments were at hand:

“I’ve been having more and more meetings with my friends and colleagues on the Hill about this — some of the most conservative politicians around and their views are evolving on cannabis, too, just like the American people. I have a strong suspicion we won’t be waiting five years to see the federal government legalize cannabis. I’ve got to choose my words carefully. What I’m hearing behind closed doors is pretty sensitive.”

There is one bill that President Trump and Attorney General William Barr have indicated support for, the STATES Act, which would take a states’ rights approach to marijuana legalization.

The developments are indicative of a truth that many are coming to realize; marijuana legalization may not be five or ten years down the road, it may be just one or two.

It is possible that the legal stalemate between the federal government and more than a dozen states over marijuana prohibition could come to an end before this Christmas or next.