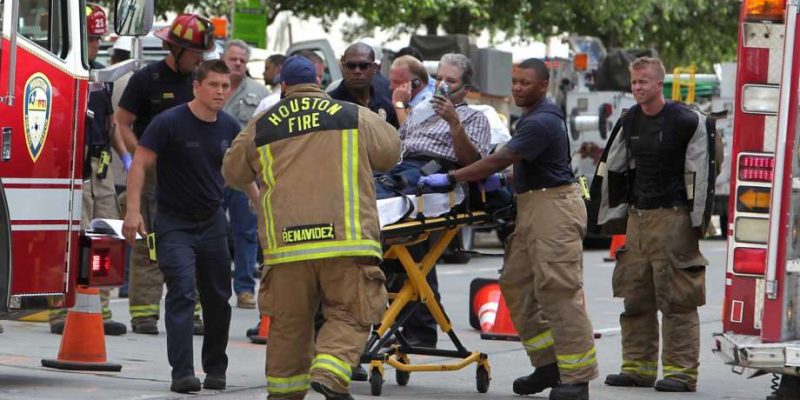 Houston’s Mayor Sylvester Turner said in a statement that in order to implement Proposition B, which the voters passed, the city will have to lay off 400 to 500 firefighters and municipal employees.

Proposition B was an unaffordable, and preventable disaster, which requires that firefighters be given a 25 percent raise, and that their pay scale be on parity with Houston police officers.

Rather than work with the city to implement a raise over time, the Houston Professional Fire Fighters Association rejected the city’s offer, and as a result hundreds will lose their jobs.

“To avoid layoffs and a reduction of city services, the city asked to phase in over 5 years the 29% firefighter pay raise authorized by Prop B. The Professional Fire Fighters Association refused the request. Now the city is moving forward to implement the voter-approved referendum granting firefighters “pay parity” with police.

“Their initial adjusted paychecks will go out in May.

“On March 7, Mayor Sylvester Turner and key department directors met in small groups with a total of 13 of the 16 council members and walked them through the necessary timelines and changes to the payroll system to issue paychecks in accordance with Prop B.  Attached is the chart that identifies the steps and timelines the various departments must take before checks can be issued.

“Once the systems and processes are in place, firefighters will be issued lump sum checks for Jan.1 through the first part of May, totaling about $31 million. Because no funding source was included in Prop B, the money will come directly from the city’s fund balance, which is used to balance the city’s budget, maintain the city’s credit rating or for exigent circumstances such as natural disasters.

“Implementing Prop B for the next fiscal year starting July 1 will add another $80 million to the expected budget gap now projected to be $197 million.

“The city is obligated to adopt a balanced budget for the next fiscal year by the end of this June. As discussed with the council members, the city will draw from the fund balance, make further cuts in departments budgets and draw from any available sources of funds that have not been dedicated to other expenses. If a budget gap remains, and in the absence of new funding sources, the city will have no choice but to lay off personnel.

“Based on initial projections, the city anticipates having to lay off 400 to 500 firefighters and municipal employees. Because the city must give employees 60 days’ notice, notification letters would go out the first part of April while the city continues to find ways to balance the budget and minimize layoffs.

“Nobody wants to see public employee layoffs, but just like hard-working Houston families, the city must live within its means and reduce expenses to pay its bills when income is limited,” Mayor Turner said. “There’s no magic wand we can use to make financial challenges disappear.”

“A year before Prop B was initiated, the city retained the services of PFM Group, an independent consulting firm, to review the city’s finances and departments.

“‘Our preliminary analysis suggests that the Fire Department can take a number of steps to reduce personnel without having a negative impact on public safety,” PFM reported.

“The report recommended reducing the firefighter force by up to 845 positions through attrition and pointed out that fighting fires – versus providing emergency medical assistance and other functions – was less than 30 percent of the Fire Department’s workload.

“Houston had 18.9 firefighters per 10,000 city residents, according to PFM, the highest rate for big cities except for New York City. Meanwhile Houston ranks low in its number of police officers per population and studies have shown the need for more officers.

“Nevertheless, voters approved Prop B, and firefighters will be paid in accordance to Prop B, starting the second week in May, but it will not come without consequences to the city as a whole.”

“Mayor Turner misleads Houstonians about the costs and implementation of  Proposition B almost as often as he travels out of town on six-figure ‘trade’ junkets or awards his pay-to-play political patrons city contracts.

“The mayor’s claims today are false. Like his ever-changing costs for implementing Proposition B, the mayor’s slash-and-burn plan for the Houston Fire Department is smoke and mirrors. When the  mayor
forces the fire chief to lay off firefighters and close fire stations, then they must be held accountable for that reckless move. Today we obtained the list of fire stations that the mayor and fire chief intend to close. They alone will be responsible for attack on Houston public safety and their defiance of Proposi-
tion B voters.

“Just remember:  The city spent hundreds of millions of dollars on 37-percent HPD raises since 2011 with no phony fiscal crises and layoffs. City politicians have spent hundreds of millions more on pet projects with little or no scrutiny. The mayor has hired 200 police and municipal employees since announcing the recent city hiring ‘freeze.’ All’s that certain now  is that the mayor intends to punish fire-fighter families however he can.”