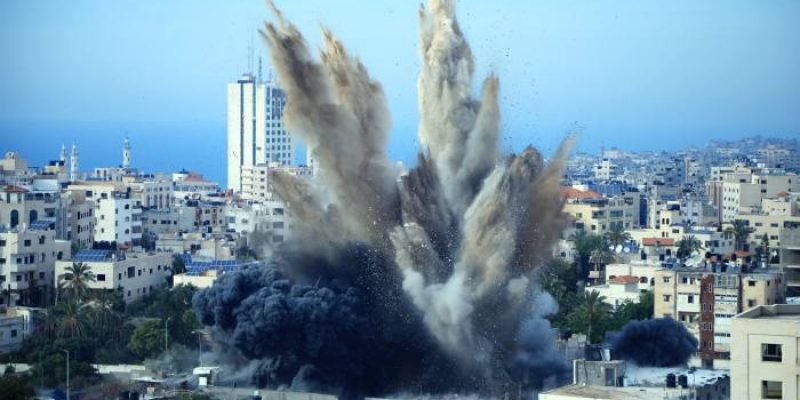 Tensions between Israel and Palestine turned into open conflict over the weekend as over 700 rockets were launched from the Gaza strip, prompting 300 air strikes from Israeli Defense Forces (IDF).

There have reportedly been four Israeli deaths and twenty Palestinian deaths since fighting began. All Israeli deaths were a result of rocket attacks.

Two IDF members were injured from sniper fire along the border with Gaza. The IDF says the “Iron Dome” missile defense system  shot down dozens of the rockets.

Eight of the dead in Gaza are said to be members of the Quds Brigade, an Islamic Jihad group funded by Iran. One death was by targeted air strike of a known Iranian operative.

Around the same time, White House National Security Advisor John Bolton released a statement accusing Iran of planning an attack on U.S. military forces in Iraq, announcing the deployment of an aircraft carrier and bomber squadron to the Iranian coast.

“In response to a number of troubling and escalatory indications and warnings, the United States is deploying the USS Abraham Lincoln Carrier Strike Group and a bomber task force to the U.S. Central Command region to send a clear and unmistakable message to the Iranian regime that any attack on United States interests or on those of our allies will be met with unrelenting force.  The United States is not seeking war with the Iranian regime, but we are fully prepared to respond to any attack, whether by proxy, the Islamic Revolutionary Guard Corps, or regular Iranian forces.”

“It is absolutely the case that we’ve seen escalatory action from the Iranians, and it is equally the case that we will hold the Iranians accountable for attacks on American interests. The fact that those actions take place, if they do, by some third-party proxy, whether that’s a Shia militia group or the Houthis or Hezbollah, we will hold the Iranians — Iranian leadership — directly accountable for that.”

While it is not entirely clear if the two events are related, it would come as no surprise for the United States to be protecting its closest (and only) ally in the Middle East.