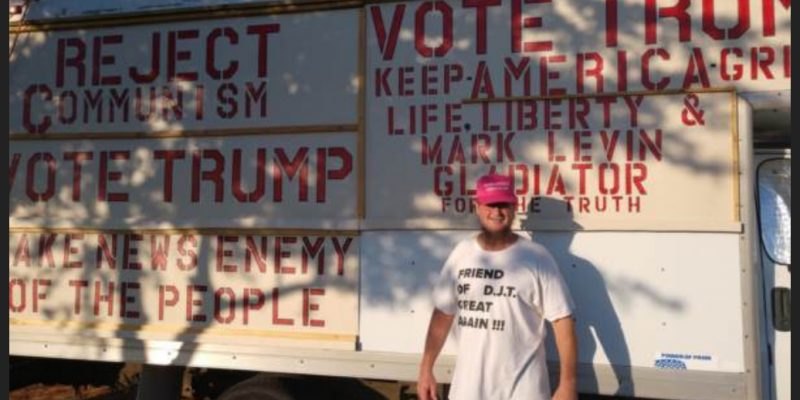 Thousands of people were lined up for President Trump’s fist official 2020 presidential campaign rally in Panama City, Florida. At the event, Trump said he will provide immediate relief of $448 million in disaster assistance funds to residents impacted by Category 5 Hurricane Michael, bypassing gridlock in Congress.

Can't wait for tonight's #MAGA rally in Panama City Beach, Florida! Here's what the line of people looked like around noon. pic.twitter.com/2HU8THf8gn

There were so many people in attendance there was an overflow area:

“He came, he saw, he delivered,” President Trump told supporters

“The money is coming immediately,” Trump said. “No games, no gimmicks, no delays, we’re just doing it.”

Because the federal disaster assistance package is stalled in partisan Congressional gridlock, Trump says he’s directing the money to come from the Department of Housing and Urban Development.

“You’re getting your money one way or another,” Trump vowed, “and we’re not going to let anybody hold it up.”

“In the wake of the terrible storm, this extraordinary community pulled together and showed the world your unbreakable spirit,” he said. “Today, I’m doing the most allowed by law to support the people of Florida.”

The Panhandle has yet to recover from Hurricane Michael, the first Category 5 storm to hit land in the U.S. since Hurricane Andrew in 1992.

Michael’s destruction covered a 90-mile long, 60-mile wide are across the Panhandle on Oct. 10 with a 14-foot storm surge on Mexico Beach.

The storm killed 26 people, left 1.1 million businesses and homes without electricity, damaged or destroyed more than 144,000 homes and wrecked 2.8 million acres of agricultural and forest land in North Florida.

Some economists estimate the storm could cost nearly $25 billion in economic damages. Michael destroyed an estimated $1.49 billion in crops, including $1.3 billion in lost timber.