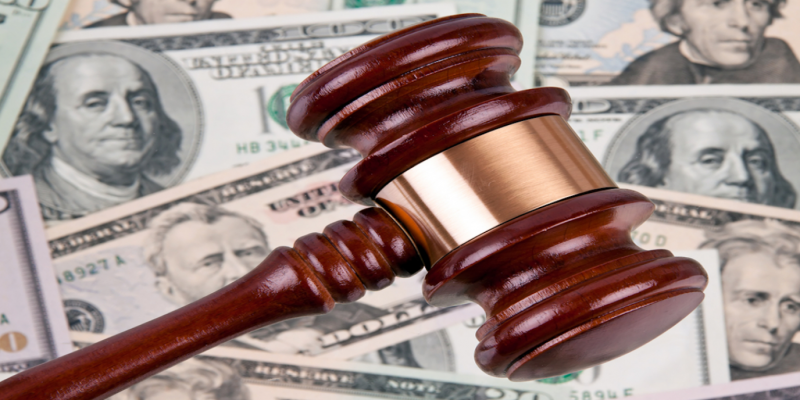 The trial lawyer and legal services industry spent $15.6 million for an ad to air every minute, on average, in New Orleans, Shreveport, and Baton Rouge, according to a new report by the American Tort Reform Association (ATRA).

A coalition of about 30 organizations argues the legal ads are out of control. The Louisiana State Bar Association counters that the ads are protected by the First Amendment, governed by a state Supreme Court rule, and overseen by two of its attorneys through an approval process.

The ATRA report found that television viewers in Louisiana’s three largest media markets were subjected to more than 251,116 advertisements for lawyers, lawsuits and legal services in the second half of 2018.

According to Nielsen’s ratings, the media markets analyzed in the ATRA report rank 50th (New Orleans), 90th (Shreveport) and 97th (Baton Rouge) in the U.S.

Of Louisiana’s 4.7 million residents, New Orleans has an estimated 624,000 television-viewing households. Shreveport has slightly less than 323,000; Baton Rouge, more than 287,000.

“The trial bar is spending millions on often misleading ads promising ‘jackpot justice’ across Louisiana and impacting everything from auto insurance rates – the second-highest in the U.S. – to the cost of basic goods and services,” Lana Venable, executive director at Louisiana Lawsuit Abuse Watch, said. “You can’t turn on a television in any part of the state without being inundated.”

LSBA President Barry Grodsky told The Center Square that Rule 7 of the Louisiana Rules of Professional Conduct, as adopted by the Louisiana Supreme Court, establishes the rules governing information about legal services.

“The Louisiana Attorney Disciplinary Board and its Office of Disciplinary Counsel are charged with the enforcement of the Rules of Professional Conduct, including the rules which govern lawyer advertising,” he said.

“It is important to understand that the Rules and their enforcement are consistent with Bates v. State Bar of Arizona [433 U.S. 250 (1977)],” Grodsky added, which “identifies lawyer advertising as commercial free speech entitled to protection under the First Amendment and upholds the right of lawyers to advertise their services.”

The LSBA website explains that “Under Rule 7.7, lawyers are obligated to file ALL non-exempt advertisements and unsolicited written communications with the LSBA Rules of Professional Conduct Committee, through LSBA Ethics Counsel, prior to or concurrent with first use/dissemination of the advertisement/communication.”

But Stephen Waguespack, president and CEO of the Louisiana Association of Business and Industry (LABI), argues the LSBA “has the means and authority to prevent the 251,116 ads from running, which he refers to as “the propagation of offensive and misleading attorney advertising littering Louisiana’s roadsides and infiltrating the televisions in our homes.”

Waguespack sent a letter to LSBA’s executive director Loretta Larsen on behalf of a collation of roughly 30 groups urging it to crack down on the advertisements.

The LSBA replied to him in a letter, which it will not make public. The LABI has not made the letter public either.

“We did receive a response from the LSBA citing a U.S. Supreme Court case identifying attorney advertising as commercial free speech,” Waguespack told The Center Square. “While no one is questioning the importance of free speech, there is little doubt that something must be done about the over-saturation of predatory and misleading attorney advertising across Louisiana.”

A grassroots movement demanding better oversight is growing, he added, and the LSBA is the preferred entity to do so.

“To reiterate this fact, Senator Gerald Long has introduced SCR 37, which awaits final passage this week in the House of Representatives, to direct the Louisiana Supreme Court and the state bar association to reevaluate current rules governing attorney advertising,” Waguespack said. “We look forward to a thorough review, and to seeing the results of this much-needed evaluation of an issue that continues to impact families and small businesses across the state who ultimately bear the cost of Louisiana’s overly-litigious environment through higher insurance rates and other hidden ‘tort taxes’ throughout our economy.”

In New Orleans, 24 percent of all estimated spending on local legal services television advertising from July through December 2018 focused on soliciting claims for mesothelioma and other asbestos-related risks and conditions, pharmaceutical drugs, and injuries allegedly caused by medical devices, according to the ATRA report.

“The trial bar has become a cottage industry in Louisiana,” Jim Harris, executive director at the Louisiana Coalition for Common Sense, said. “These ads perpetuate the cycle of recruiting plaintiffs for lawsuits and drive away jobs and investment with real long-term economic consequences.”

For years, ATRA has placed Louisiana on its “judicial hellhole”list.

Interested in more national news? We've got you covered! See More National News
Previous Article The State GOP Is All Over Those JBE Texts About LSU Hoops Coach Will Wade’s Suspension
Next Article Average teacher salaries in Louisiana rank 13th lowest in the U.S.