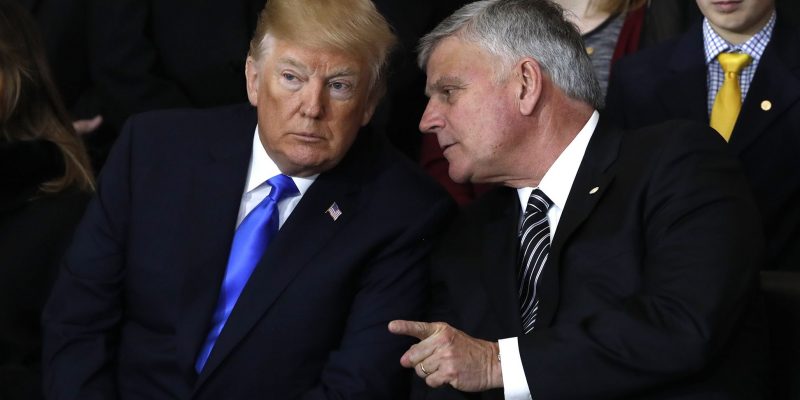 Reverend Franklin Graham, son of Rev. Billy Graham, has been a vocal supporter of traditional christian values and President Donald Trump, regularly visiting the White House and asking for the public to pray for “45”.

Democrat Presidential hopeful Pete Buttigieg plans to be the first homosexual President in American history. At a recent LGBT rally, he used the Vice President as a straw-man:

“That’s the thing that I wish the Mike Pences of the world would understand. If you have a problem with who I am, your problem is not with me. Your quarrel, sir, is with my creator,” Mayor Buttigieg said.

“Mayor Buttigieg says he’s a gay Christian. As a Christian I believe the Bible which defines homosexuality as sin, something to be repentant of, not something to be flaunted, praised or politicized. The Bible says marriage is between a man & a woman—not two men, not two women.”

“Dem. pres. candidate @CoryBooker doesn’t seem to know the power of prayer. He said thoughts & prayers after gun violence is “BS.” That’s far from the truth. When people have lost loved ones, they need the comfort & strength that only comes from God.”

“The solution for the problem in this country is much deeper than more laws. The Bible says, “…out of the heart proceed evil thoughts, murders, adulteries, fornications, thefts, false witness, blasphemies…” (Matthew 15:19). Only Jesus Christ can transform the human heart.”