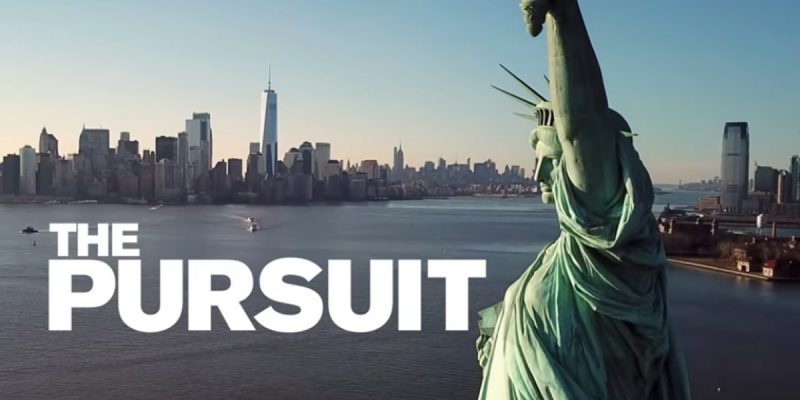 It’s a documentary by Arthur Brooks, who has been the president of the American Enterprise Institute since 2009. Brooks is a pretty charismatic figure among the conservative intellectual crowd, in that he’s a passionate and articulate defender of capitalism as an antidote to poverty – which is what The Pursuit is all about.

This is a film worth watching and comparing to, say, the work Michael Moore does in the same space attacking capitalism. The difference in approach, mentality and attitude between the two is staggering.

And while The Pursuit is likely to really hit its stride a few months from now when it hits the streaming services, you’ve got an opportunity to get ahead of your friends and neighbors in seeing it and having it in your conversational arsenal.

Thanks to The Pelican Institute, America’s Future Foundation – New Orleans Chapter and Americans for Prosperity – Louisiana, there will be an exclusive screening of The Pursuit on Monday, starting at 6:00 p.m. at NOLA Brewing Company. And it won’t cost you a dime.

To register for this FREE event, please sign up here.

If you care about free enterprise and you want to push back against the Hard Left’s cultural aggressions against our way of life, in which practically every TV show and movie you watch has an evil entrepreneur as its villain, here’s a great chance to fill up with some intellectual ammunition. We’ll see you there on Monday!

Interested in more news from Louisiana? We've got you covered! See More Louisiana News
Previous Article Kennedy Is Joining Landry As Co-Chair Of LCCM In Time For This Fall’s Elections
Next Article The Hayride’s 2019 @Large Tour Stop In Shreveport Is Just Two Weeks Away!