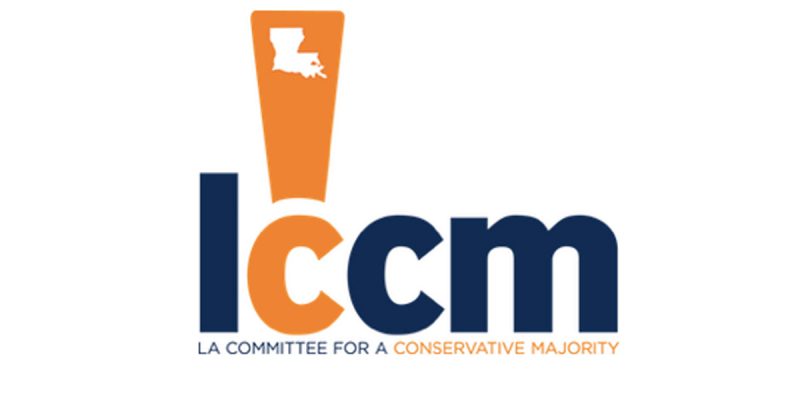 Here’s a story with a lot more significance to Louisiana politics, and particularly to the elections taking place in the fall, than it would originally appear to the naked eye…

With both Kennedy and Landry in leadership roles, the Louisiana Committee for a Conservative Majority has unified the state’s top two GOP standard-bearers in its work to shift the Legislature more rightward, particularly as term limits will keep many of the longer serving Republican moderates in the state Senate from running for re-election this fall.

“We are very excited to have Sen. Kennedy’s support. He has been a Republican leader here in Louisiana for many years and is a solid conservative voice in the United States Senate,” Landry said in a statement. “He will be a huge help to our efforts.”

The political action committee was started more than a decade ago by former U.S. Sen. David Vitter as the Louisiana Committee for a Republican Majority. It helped recruit and elect many of the state’s newer GOP lawmakers.

The name change came after Landry became the organization’s figurehead in 2016, as he and the high-dollar donors on the board sought to shift the philosophical bent of the House and Senate now that Republicans are firmly in control of both legislative chambers.

An unsung truth about recent Louisiana political history, and particularly that history as it led to the 2015 election, is that as the state’s Republican Party grew from its “phone booth” roots to an entity capable of first winning and then dominating Louisiana elections it didn’t do so as a result of strong leadership at the top. Instead, the party grew by picking up politicians fleeing the increasingly left-wing Democrat Party and the damage a “D” progressively inflicted on those politicians’ personal brands.

Mike Foster was perhaps the most prominent and substantial of those. Foster had been a Democrat state senator, albeit a slightly right-of-center one, but he saw a political opportunity in slapping an “R” next to his name in advance of the 1995 gubernatorial election. And when Foster did that, and promptly soared to the top of a crowded field on his way to being the first two-term Republican governor in the state’s history, he created a faction in Louisiana politics which had a significant run of influence.

But while the Foster-Jindal gang were able to capture the Governor’s Mansion for 16 of the 20 years between 1995 and 2015, they weren’t able to consolidate the Republican Party behind them lock, stock and barrel. The party’s base, made up of what we could call “true believer” conservatives, many of whom hailing from suburban New Orleans and North Louisiana, had more or less decided to galvanize around the leadership of David Vitter and Steve Scalise.

And around 2007, when the scandal surrounding Vitter’s dalliances with ladies of the evening a few years earlier, those two factions broke out into a feud which progressively got worse and more damaging. That feud culminated in the destruction of the 2015 cycle, when the Jindal faction openly sabotaged Vitter’s gubernatorial campaign. Its candidate Scott Angelle refused to support Vitter, and so did Jindal, who pulled out of the 2016 presidential race in time to steal headlines from Vitter.

But when Angelle was repaid for his refusal to get on board Vitter’s 2015 runoff effort with a humiliating loss to Clay Higgins in a 2016 congressional race, it signaled the effective end of the Jindal faction – and the horror among Republicans over the election of John Bel Edwards did more to galvanize the party than any other event in its history. That Vitter largely stepped away from the Louisiana political scene meant his faction no longer carried any baggage from the feud, and its members could start anew.

And Vitter’s old LCRM political action committee, rechristened as LCCM under Landry’s management, has now become the gold standard in conservative politics – particularly where it comes to efforts to elect people to the state legislature. LCCM’s growth ties in with the increasing cooperation of many of the other institutional players in legislative races like LABI and its associated PAC’s, along with the Associated Building Contractors, Louisiana Chemical Association and others to produce a stronger-than-ever roster of players on the conservative side.

And Kennedy and Landry, who at times have been political rivals but never so much so as to generate factions within the party, are now working hand-in-hand to raise money for a slate of conservative candidates for the House and Senate in this fall’s elections.

Combine that with what so far has been a relatively friendly competition between Ralph Abraham and Eddie Rispone for the honor of taking on Edwards in the gubernatorial runoff, and what you’re seeing is a vastly different Republican Party than you saw four years ago – when LCRM, as a Vitter creation, was less involved in legislative races due to the priority of Vitter’s own fundraising and the Vitter-Angelle-Jay Dardenne war dominated events of 2015.

Assuming that Abraham and Rispone conduct an orderly de facto GOP primary in the runup to the October 12 elections, and the loser of that outcome backs the winner in the runoff against Edwards, Republican party unity is the single most important reason Edwards is in trouble this fall and there is an excellent chance of getting the most conservative legislature in Louisiana history.

It’s part of something we’ve been noticing over the past couple of years; namely, the GOP and center-right in Louisiana maturing into an adult political force. That process isn’t complete, but the various components are working better together, there is much less infighting and when that happens it’s usually immediately discouraged, and the leadership within the movement is considerably more focused on driving outcomes.

Republicans haven’t lost a federal or statewide race since Edwards beat Vitter in 2015, and while there have been a couple of setbacks in special legislative elections this spring which broke a string of victories there we’re starting to see a better-organized, better-funded and better-led movement than we’ve had, with results to match.

And with the major players aligning together, as the Kennedy-to-LCCM news indicates, to drive those outcomes there is reason for optimism – both in the governor’s race and the legislative elections. We just need the candidates and their staffs to do their jobs well this fall.

Interested in more national news? We've got you covered! See More National News
Previous Article BATISTE: The Carpetbagger Regime Is Out At The Times-Picayune
Next Article If You Haven’t Seen The Pursuit, You’ve Got An Opportunity To Fix That On Monday