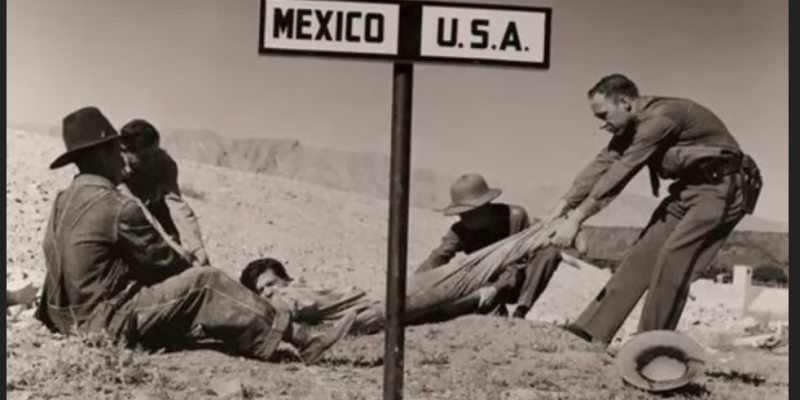 Illegal aliens are being admitted to U.S. state bars to practice law in the U.S. despite being here illegally– at an alarming rate.

An illegal alien and Mexican national living in Oklahoma, Javier Hernandez, came to the U.S. illegally with his family when he was a child. Now– he will be practicing law in the U.S.

Hernandez falls under the category of DACA, (Deferred Action for Childhood Arrivals), which Barack Obama created in 2012 via executive order. The order “defers” deportation for people brought to the U.S. illegally when they were children, and awards them two-year work permits and Social Security numbers to be able to work.

DACA status is still illegal alien status, with no path to citizenship.

Before the month ends, HUGE shout out to Javier Hernández who became the first undocumented attorney at law in the state of Oklahoma!
Communities, minorities progress when the barriers of “first to” are reached.

The Federation for American Immigration Reform (FAIR) called it “utterly mind-boggling” that bar associations in some states are now willing to admit illegal aliens “who have begun their relationship with the United States via a blatant violation of U.S. law.”

“This is especially shocking when one takes into account the fact that U.S. citizen attorneys are regularly disbarred for relatively minor offenses,” FAIR said in a statement to BizPacReview. “It is apparent to FAIR – and we believe it should be apparent even to the casual observer – that one who is essentially a trespasser, unlawfully present in the United States, is in no position to be an ethical practitioner of the law.”

In February, the Pennsylvania Supreme Court authorized DACA recipients to be admitted to the state bar after the ACLU spent more than a year on an appeal for a DACA recipient from India– who’d originally been denied admission to the bar.

Check out this twitter moment about @patelparthiv91‘s journey to becoming the first DACA recipient to be admitted to the Bar in PA and NJ!!! https://t.co/MR6K6uKWxR

Last November, Connecticut admitted its first DACA recipient to the bar, a graduate of Quinnipiac University School of Law.

The ACLU filed a brief in Utah arguing that “in every relevant way” DACA recipients should be admitted to state bars because they are no different than any other person seeking admission to the bar.

The ACLU also argues in the brief that all illegal aliens, regardless of their DACA status, should also be admitted to the bar in Utah and every state. It argues: “even without DACA protections, an undocumented immigrant can still put a law license to productive use in multiple ways.”

A FAIR spokesman argues that admitting illegal aliens to practice U.S. law “sends an inappropriate message that violating U.S. immigration law is both acceptable and without consequences.”