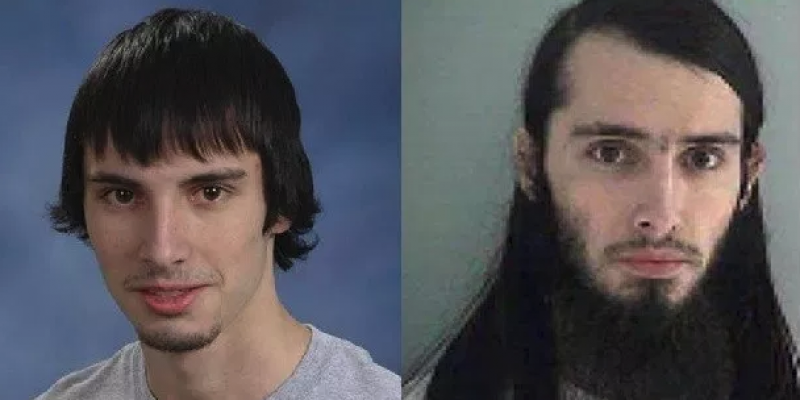 Christopher Cornell, an Ohio man and self-described member of ISIS was arrested in January for plotting to attack targets in Washington, D.C.

Cornell, who is being held in a Kentucky jail, was able to call WXIX-TV Fox 19 in Cincinnati for a phone interview that was recorded on video.

During the interview, he said:

“I got orders from the brothers overseas because I’m with the Islamic State. My brothers over there, in Syria and Iraq, gave me specific orders to carry out jihad in the west, so I did so.”

“What do I think is coming? Many things. There will be many, many attacks. Like I said, we are ready for the battle over the Capitol.”

“We are pretty strong. Yes, yes. In every state like I said. We’re in Texas. We’re in Ohio. We’re in New York City. We’re in Washington, DC. We’re in every single state you can name, just about.”

In the interview, Cornell said that if he had he not been arrested by the FBI he would have carried out his plan to attack the U.S. Capitol and the Israeli Embassy using pipe bombs and firearms.

When asked why he wanted to attack targets in the U.S., Cornell said, “Because of the continued American aggression against our people and the fact that America, specifically President Obama, wants to wage war against Islamic State.”

He added, “I’m with the Islamic State. I’m very dedicated to establish the Sharia in America, to wage war on the kafr [Islamic term for unbeliever] and raise the word of Allah above all. I’m so dedicated that I risked my whole life.”

Cornell’s parents, John Cornell and Angel Carmen, no longer want their names associated with his after hearing portions of his interview, WXIX-TV Fox 19 Cincinnati reports.

They previously defended him, saying at his his hearing in January, “Everybody is making him out to be a terrorist and they keep on calling him a terrorist. He is not a terrorist, he is a great person. He is a great son and I love him and I’m going to stick by him.”

After John Cornell heard his son in the interview, he said, “The kid has totally lost his mind. If he wants to sink himself for life, then we need to move on.”