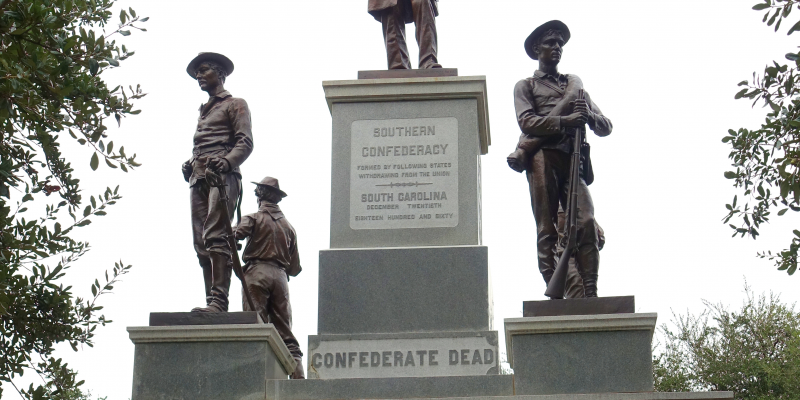 After a party-line vote, the Texas Senate voted to approve a bill that would require a supermajority of local or state leaders before the removal of certain historical markers.

In short: no more removing Robert E. Lee statues with a simple majority.

SB 1663, which was amended to include the Alamo Cenotaph, now heads to the House where similar bills have not yet left the committee phase.

“The bill you’re carrying on the Senate floor today is disgraceful,” countered Democratic Sen. Borris Miles. “I would ask that you consider some of the pain and heartache that we have to go through — myself and some of the brothers and sisters on this floor of color — and what we’ve had to go through as it relates to our Texas history.”

SB 1663 would require two-thirds of the House and Senate to approve of the removal of any historic monument over 25 years old on state property, and supermajority-approval of city councilors or county commissioners courts if the monument is on locally owned property.

The author, Sen. Brandon Creighton, said the bill is designed to counter a trend in which Confederate and other historic markers are being hastily removed in an effort to combat racism. He noted that even a statue of progressive Democrat (e.g. non-Confederate) Gov. Jim Hogg was removed from the University of Texas due to its association with a nearby Jefferson Davis statue — a move Creighton suggested is indicative of an iconoclastic trend not concerned with careful historical and cultural analysis.

“I fear that we’ll look back and regret this was a period when deleting history was more important than learning from it,” Creighton said.

According to statements made by Lt. Gov. Dan Patrick, Senate Democrats informally agreed on Friday (when the bill was originally scheduled for a vote) to abide by a time limitation on debate over the bill. For roughly three hours, the Democrats took turns grilling Creighton, often asking him “are you aware” of the “pain and hurt” allegedly generated by the memorials.

Sen. Royce West of Dallas (the City of Dallas recently removed a large Robert E. Lee statue and has destroyed other Confederate markers) carefully brought out an archived Texas secession convention journal to make his point. West read the charged language of the document strongly in favor of segregation and slavery. As one example, Creighton noted that before the Civil War is was common to refer to the U.S. as “these United States” rather than in the singular tense.

Miles referred to Lee as a traitor to the U.S., to which Creighton replied most Confederate soldiers were fighting for their homes and states, and not so much the ideal of slavery or greater state sovereignty.

“This [bill] would allow for a process that will be more resolute and have more public weigh-in than we’ve had in the past,” Creighton added.

As such, Miles succeeded in tacking on two amendments: one to set up a seven-member committee to review Senate chamber artwork and memorials, and another bringing back the State Preservation Board’s advisory committee to review monuments on the Texas Capitol grounds.

An unsung provision of the bill is that it “open[s] up the Texas Preservation Trust Fund Account to be used for the erection of additional monuments as well as create a process for which monuments, cenotaphs, structures, plaques, statues, etc. may be altered, removed, or relocated.” In other words, the fund could be used to build more monuments or repair monuments previously removed or destroyed.

SB 1663 could be heard on its own in a House committee, be amended, or meet with the following House bills: