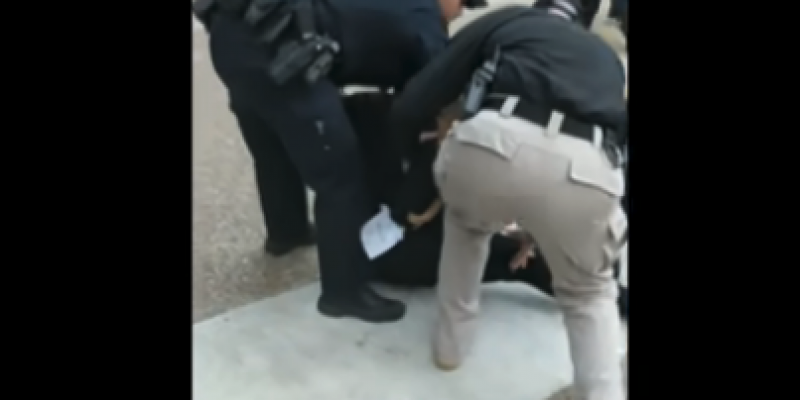 Four Texas State University students were arrested, including one who assaulted a conservative student wearing a MAGA hat.

“Several students gathered on the Quad on the San Marcos Campus in anticipation of a planned march by an outside group,” said Texas State police chief Laurie Clouse in a statement, “This group of students was angry that the university would allow this outside group on campus.”

“The incident that led to the arrests began when one student took a hat off another student’s head and fled. Police officers quickly interceded and directed the student to drop the stolen property.”

Last week Texas State students gathered on campus to protest an alleged biker group demonstration– which actually never happened. One of the students arrested reportedly assaulted a conservative student who was wearing a MAGA hat.

“When a theft occurred in plain view, [police officers] were right to act,” affirmed the police chief. “I understand it’s difficult to watch the arrests on social media, however, the officers were there to protect all of our students. We expect our students to obey the law.”

“The student refused multiple directives and was then detained with the intention of being given a ticket for theft,” added Clouse. “The student was later arrested after providing a false identity to the police. Another student ran to the officers during this incident and began to interfere.”

Gasponi is a Texas State student senator who authored a student government resolution to ban the school’s Turning Point USA chapter. He faces charges for “resisting arrest” and “search or transportation; interference with public duties.”