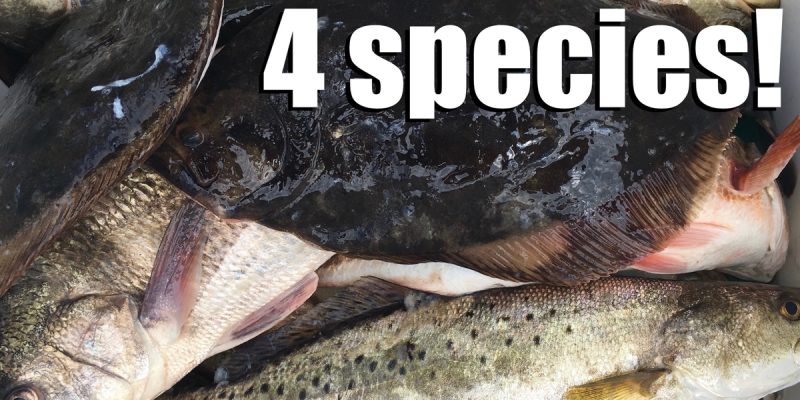 Editor’s Note: This is the first of what we hope will be an endless series of posts by our buddy Todd “Marsh Man” Masson, who earned fame as the outdoors correspondent for the New Orleans Times-Picayune and is now a YouTube superstar. As our readers have suggested that adding a little coverage of hunting and fishing as a diversion from items political would be a good idea, we decided to go out and get the best. Enjoy!

Of all the skills we humans collect over a lifetime, muscle memory may be the most valuable. It keeps us from having to learn repetitive actions over and over again, giving us the ability to accomplish a task without even thinking about it.

That’s certainly true of fishermen, who cast and retrieve lures all day, never even considering the mechanics of what their arms and hands are doing.

So my buddy Justin Bowles and I decided to shake things up a bit. Whenever we fish together, some type of challenge usually emerges, and our most recent trip was no exception. Each of us set out to force the other to use opposite-handed gear by catching three fish before the other.

I’ve been fishing all my life, and even though I’m right-handed, I use traditional left-handed gear. Bowles is a lefty who uses right-handed gear. Handling a rod with my right hand and cranking with my left is second nature to me. There’s no conscious thought of the motions required to cast a lure out and retrieve it as tantalizingly as possible.

The same is true of Bowles, but with the opposite hands.

We fished the marshes of northern Plaquemines Parish on Friday.

Like the video? Please give it a thumbs-up, and subscribe to the Marsh Man Masson channel on YouTube. Also, leave a comment below. Which hand do you prefer to crank with? Is it your dominant or non-dominant hand?