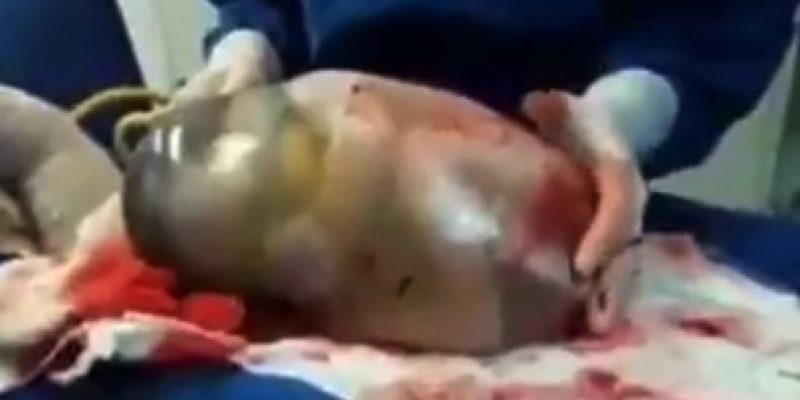 This is a living baby inside of the placenta. It is breathing, moving, sucking its thumb, and 100% alive. Under Gov. Andrew Cuomo, “medical practitioners” and “doctors” can kill the baby by injecting it with poison or through dismemberment– methods Nazi doctors used at Auschwitz.

The New York bill legalized allowing a new born baby to suffer and die outside of the womb. If done through Planned Parenthood, the baby’s body parts would be “donated” for a hefty price for “research.”

According to AmericanPregnancy.org, the dilation and extraction procedure is used for an abortion after 21 weeks. The baby is rotated, and forceps are used to grasp and pull the legs, shoulders, and arms through the birth canal. A small incision is made at the base of the skull to allow a suction catheter inside. The catheter removes the cerebral material until the skull collapses. The baby is then completely removed.

Dr. Omar L. Hamada, whose interview on Fox News in January went viral, argues “there’s not a single fetal or maternal condition that requires third trimester abortion. Not one. Delivery, yes. Abortion, no.”