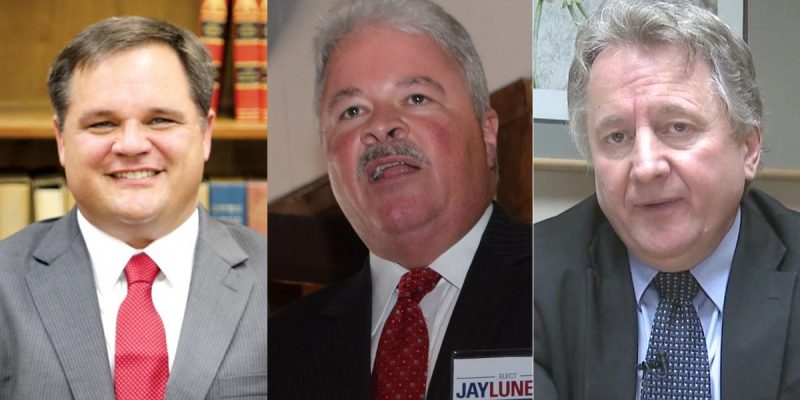 …in Senate Judiciary A, which is the committee where all bills that trial lawyers don’t like go to die. And this bill, HB 372 by Rep. Kirk Talbot, was the mother of all such bills, as it would have reformed several rules in which Louisiana is an extreme outlier compared to other states around the country. Louisiana has some of the highest auto insurance rates in the country, rates which are the least affordable in the country when indexed for median income. And those rates are driven primarily by one factor – that in Louisiana auto accidents result in personal injury lawsuits more often, way more often, than in any other state in America.

So Talbot’s bill, which was titled the Omnibus Premium Reduction Act of 2019, sought to alter some of the rules which facilitate those lawsuits more dramatically in Louisiana than in other states. The bill would have shrunk Louisiana’s jury trial threshold from $50,000, which is more than triple the next-highest in the country, down to $5,000 – which would have made the state have the third-highest such threshold. It would have created a two-year prescriptive period on lawsuits instead on the one-year prescriptive period currently in place (Louisiana is one of only three states with a one-year period), which would have given parties in a dispute more time to reach settlements before filing lawsuits. It would have changed state law to limit recoverable medical expenses in personal injury lawsuits to that amount paid by insurance companies or Medicare or other third parties, so as to eliminate double recoveries and windfalls, something Louisiana is currently an outlier in. It would have eliminated the state’s “direct action” rule, in which a plaintiff can sue someone’s insurer in a car wreck case without suing the insured as well.

In all of these components the effect of the bill would be to bring Louisiana in closer alignment to the majority of states in which the legal climate is clearly superior and it’s reflected in more insurance companies competing in a healthier, lower-cost market than the one Louisiana is saddled with. None of those components individually would materially affect that marketplace in driving car insurance rates materially lower; together, they would make for a legal regime that looks more like Mississippi, where auto insurance rates are less than half what they are in Louisiana.

But last week when the bill went to Judiciary A, the five trial lawyers out of seven members of the committee (chairman Rick Ward, vice chairman Jay Luneau, Ryan Gatti, Danny Martiny and John Milkovich) insisted on it being sent to the Legislative Fiscal Office for a fiscal note. That was a dilatory tactic in order to move the bill back a week, in hopes that they wouldn’t have to go on record voting to keep the state’s insurance rates the highest in the country.

In the meantime, behind the scenes there were negotiations with Talbot to gut his bill or to accept a “compromise” bill by Ward which would have exchanged a repeal of the state’s seat belt gag order, which was not part of Talbot’s bill, for a two-year prescription (which is the one reform the trial lawyers are actually for). Business groups regard the seat belt gag order, which is a reform Sen. Sharon Hewitt has brought for the last two years only to see it die in Judiciary A, as something which ought to be repealed without any considerations offered, given what a crazy legal outlier it is.

But today the  bill died on a 4-1 vote after a lengthy hearing in which Talbot was lectured by Luneau, Gatti and Milkovich about how it wouldn’t lower insurance rates. Gatti went so far as to say he would be “100 percent behind your bill” if it lowered rates, which was an outright lie; he’s a plaintiff lawyer and the bill would have hurt his business, and it’s very clear Gatti cares more about his own business than the car insurance rates Louisianans pay.

Gatti also griped at Talbot that he’s been set upon by business owners who favor the bill, and particularly loggers who are being clobbered by those astronomical insurance rates. He even complained that some of those affected by those rates darkened the door of his committee room to testify to their experience.

So now the bill is dead, just as Hewitt’s bill repealing the seat belt gag order is dead.

In a sane world, the re-election opportunities for Milkovich, whose district voted 57 percent for Donald Trump and 60 percent for John Kennedy in 2016, and Gatti (72 percent for Trump, 71 for Kennedy), would also be dead. And in a sane world the same would be true for Ward’s ambitions to ascend from Judiciary A to Senate President next year. Anything short of a massive blowback against the people responsible for holding the state hostage to confiscatory car insurance rates emanating from its status as a judicial hellhole indicates Louisiana voters are just fine with dysfunction and elective poverty.

Gatti’s opponent in this fall’s election is Robert Mills, a Benton oil company executive. Milkovich has just attracted a Republican opponent who will make a campaign announcement Friday at the Hayride tour event in Shreveport. And Hewitt, among others, will be opposing Ward next year for Senate president. If Louisiana’s voters are ready to do something about the failure we saw on display in Judiciary A today, this fall will be the time for a remedy.