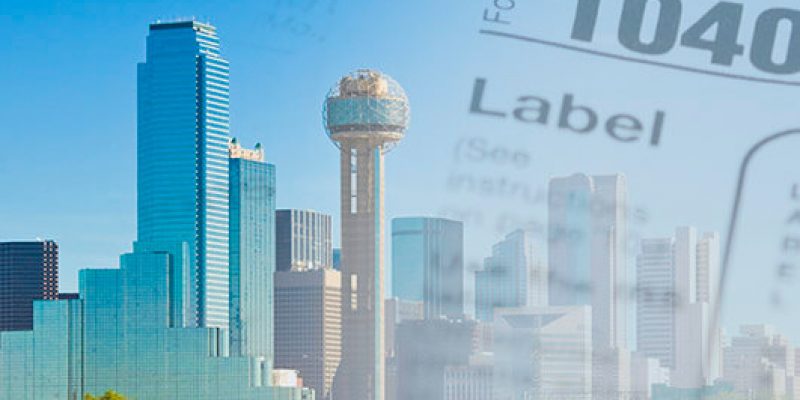 Taxpayers in the ten largest U.S. cities face an average burden of nearly $50,000 each to pay debt incurred by county, state and “off-balance-sheet” city government entities, according to a new report released by the nonprofit organization, Truth in Accounting (TIA).

Three are in Texas.

Dallas, Houston and San Antonio rank 7th through 9th worst, respectively, with combined debt burdens of more than $73,000 on each resident of those cities.

The taxpayer burden, TIA explains, is the amount that residents would have to pay to cover all of a government’s debt.

TIA argues that the comprehensive annual financial reports released by Dallas, Houston, and San Antonio exclude significant underlying data from major government entities like entire school districts, transit agencies, housing authorities, and others. The trend appears to be nationwide for municipal ledgers, with the exception of New York City.

“Taxpayers are on the hook for the debts accrued by these underlying government entities, but you would not know it just by looking at the reported data for the city,” the report states.

“The annual financial reports issued by state and local governments are called ‘Comprehensive Annual Financial Reports,’” Bill Bergman, director of research at TIA, told The Center Square. But they “aren’t always all that comprehensive.”

“The debt facing school districts in Dallas, Houston and San Antonio don’t add nearly as much to the total debt burden facing taxpayers in those cities as most others of the largest 10 cities we studied,” Bergman added. “Still, one might have expected better overall financial conditions for those Texas cities in light of economic and demographic trends in the last decade.”

The report analyzes financial data for the 10 largest U.S. cities to determine what overlapping financial entities cost taxpayers. It calculates the various bills – and surpluses, when available – at the city government level and divides them to determine a per-taxpayer burden.

In order for the City of Dallas to pay off its debt, each taxpayer would need to pay $21,600. However, adding Dallas County and debts associated with city government debts owed by the Dallas Independent School District, Dallas County Community College District, and the Dallas/Forth Worth International Airport, the taxpayer burden jumps to $23,390. When the state debt is added it climbs to $33,490.

The debt burden increases even higher when state debt is combined, totaling $22,940—more than double the city debt owed per taxpayer.

The city of San Antonio’s debt costs each taxpayer $3,200. However, when combined with unaccounted for city debt costs, county debt and state debt, the individual taxpayer burden increases more than five fold.

In order to pay off the debt owed by Bexar County, the city’s underlying government unit costs, and the state’s debt, each taxpayer would have to pay $16,660.

The cities’ combined debt burdens of more than $73,000 come at a time when the state holds a $10 billion surplus and its overall economy ranks tenth largest in the world.

Interested in more news from Texas? We've got you covered! See More Texas News
Previous Article Save Chick-fil-A Bill Resuscitation: A Quick Primer On Media Bias
Next Article Today They Killed The Effort To Lower Car Insurance In Louisiana…