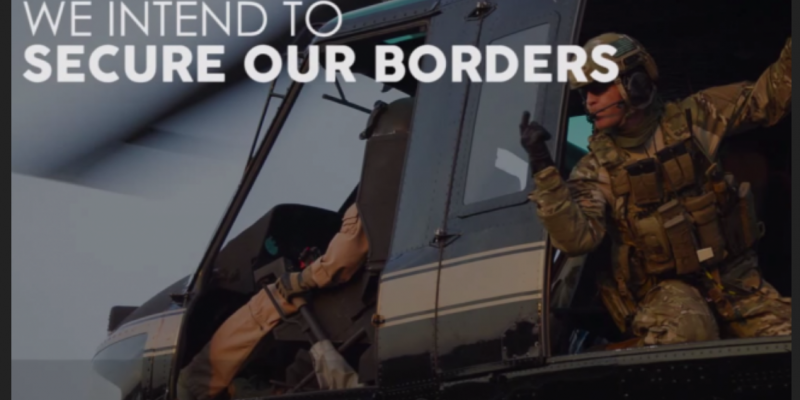 President Trump is considering invoking the Insurrection Act to defend Americans from a very real invasion at the U.S.-Mexican border, The Daily Caller reports. It states, “According to multiple senior administration officials, the president intends to invoke the “tremendous powers” of the act to remove illegal immigrants from the country.”

Congress passed the Insurrection Act in 1807, which allows the president to deploy National Guard and U.S. military troops to combat “unlawful obstruction or rebellion” within U.S. borders.

Former president George H. W. Bush invoked the act in 1992 in order to quell the Los Angeles riots. President Dwight Eisenhower also invoked it in 1957 to enforce school desegregation in the south.

President Trump is also reportedly considering declaring the U.S. to be full, arguing it can no longer handle the massive influx of illegal aliens. This year is on pace to set a record for having the highest number of illegal aliens in the U.S. in a decade.

“If you take a ship and it holds 1,000 people maximum — one more person and the ship is going to collapse,” a Trump administration official told the Daily Caller. “The country is full. Our hospitals are full, our detention centers are full.”

ICE facilities have already released 100,000 illegal aliens into the U.S. during the first three months of 2019 because of overcrowded detention centers.

Stewart Rhodes from Oath Keepers describes illegal immigration as a ploy used by globalists to import terror cells. He argues they are planning to carry out a “Tet Offensive” to destroy the U.S. from within.