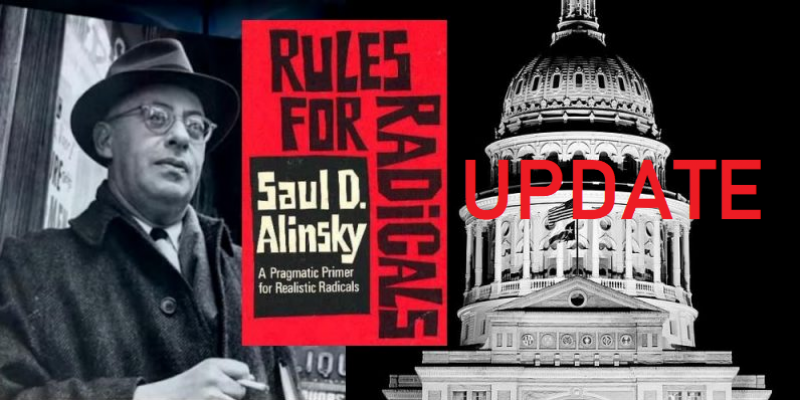 Sens. Bryan Hughes and Pat Fallon must really do their homework.

In reviewing the Senate’s Local and Uncontested calendar — a list of presumably non-controversial bills that can be approved as a whole package with a simple majority vote — they noticed a seemingly innocent bill that could conceptually open the door for state funding of leftist activity.

Fallon and Hughes, both conservative Republicans, requested in writing that SB 756 be removed from the Local and Uncontested Calendar on Friday, which means the the bill may now be debated on its own merits.

SB 756, by Democratic Sen. Juan “Chuy” Hinojosa, would reinstate non-profit organizations to a list of groups eligible for grants under the longstanding and frequently reinvented JET (Jobs and Education for Texans) Grant Program, a program overseen by the Texas Workforce Commission (TWC). The bill sets criteria for eligible non-profit organizations to apply for the awards, but, as critics have pointed out, the bill does not prevent non-profits with a semi-political agenda from qualifying.

See our extensive coverage on this here.

With amendments, the bill was voted out of the Senate Higher Education committee on April 25 and promptly labeled an uncontested bill.

The bill disappeared from the Senate’s regular agenda (the “intent calendar”) on May 1, but re-appeared on the Local and Uncontested calendar on Friday, before Sens. Hughes and Fallon pulled it off (in Senate practice, once a bill is flagged as contested by a Senator it is removed).

The Senate committee amendments strengthen the bill by defining the advisory board used to approve grants. The bill now would require eight members appointed by the Governor, Lieutenant Governor, House Speaker, Texas Higher Education Coordinating Board, the Commissioner of Education, the TWC Chairman, and two members appointed by TWC, one of whom must represent the kind of non-profit organization that would apply. The bipartisan committee (of which neither Hughes nor Fallon are members) gave the amended version a unanimous vote.

From the hip: For the bill to keep appearing and re-appearing on the Senate calendar it must be an important item for the veteran Sen. Hinojosa. “Chuy” is a reasonable and beloved senator, far from being a radical leftist, but his district is a hotbed for ACORN-like “third sector” organizations which sometimes blur the line between community support and community organizing. That conservatives like Hughes and Fallon flagged it is a sign that this bill will receive plenty of debate …

… if it reaches the floor at all. There’s still plenty of time for the Senate and House to debate it, but the clock is ticking with roughly 20 days (give or take Sundays and sine die) for it to make its way through the Senate floor and the entire House chamber. While a key deadline for new House bills approaches this week, Senate bills referred to the House may still be heard well into the rest of the month. There does not seem to be a House companion bill which will make final passage more difficult now that the bill is flagged as objectionable.

Interested in more news from Texas? We've got you covered! See More Texas News
Previous Article It Turns Out There Isn’t Any Great Controversy About The Death Penalty In Louisiana
Next Article SADOW: Louisiana House Republicans Rewriting Education Spending