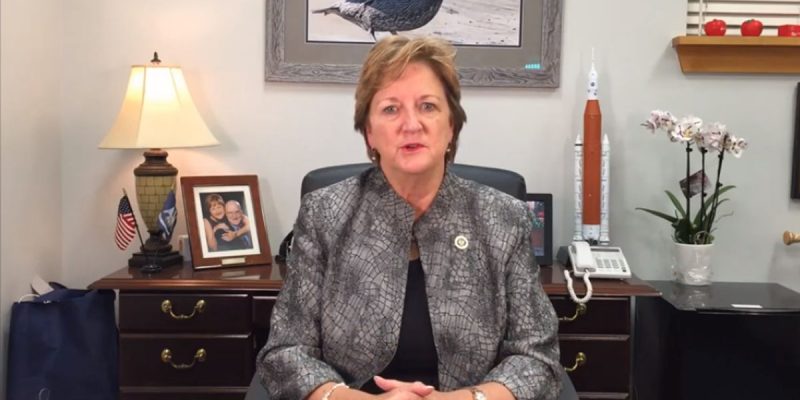 Below is the latest segment of Sen. Sharon Hewitt’s “Capitol Report” video series, which we’ve grabbed at times here at The Hayride because she does a good job of breaking down the issues development during sessions of the Louisiana legislature. In the first couple of minutes of this edition Hewitt discusses the demise of tort reform bills designed to lower Louisiana’s astronomical car insurance rates.

Hewitt is involved in that fight because over the past two years she’s authored a bill that would repeal a legal rule which makes Louisiana an outlier among the states – namely, the seat belt “gag order” rule. In Louisiana, if you’re in a car accident and the other party is not wearing a seat belt – something which would mean they’re breaking the law – you cannot introduce evidence that the other party was not belted at the time of the accident in the event of a lawsuit.

Meaning that the damages that party might have incurred for medical expenses and pain and suffering, which in very many cases will be significantly more than if they’d been wearing his or her seat belt, can’t be reduced by evidence they’re at fault for their damages.

Hewitt’s legislation gives judges the freedom to allow the evidence or not, rather than the current blanket ban. It seems like a no-brainer of a bill, and it would surely pass on both the House and Senate floors. But for two years in a row the seat belt gag order bill has died in the Senate’s Judiciary A committee in which virtually all of the members are trial lawyers.

This year when Hewitt brought her bill enough members of that committee picked up and walked out before the bill was to be heard that the committee didn’t even have a quorum. That delayed the hearing a week, and then the committee proceeded to kill it – just as it killed Kirk Talbot’s omnibus bill to provide several other tort reform measures.

Yesterday, though, there were some interesting antics on the Senate floor. Sen. Rick Ward, the chair of Judiciary A, brought SB 154 to the Senate floor. That bill contained an extension of the prescriptive period on car-accident lawsuits to two years, which was one of the elements of Talbot’s bill (it was the sole element that trial lawyers like), and married it to a repeal of the seat belt gag order which Hewitt has authored the past two years. Business groups and conservatives aren’t happy with that deal at all, because they see the seat belt gag order as an outrage which ought to go away long before there is a discussion of tort reform.

So Hewitt proposed an amendment to Ward’s bill which threw all of the elements of Talbot’s omnibus bill onto SB 154. And the word was she was getting dangerously close to getting a majority for that amendment – which is why Ward returned the bill to the calendar.

We’ll see whether that’s the end of the attempt to resurrect tort reform in this session – there might be another opportunity to do that. For now, though, as Hewitt says, Judiciary A has killed the effort to reduce car insurance rates…at least for this year.