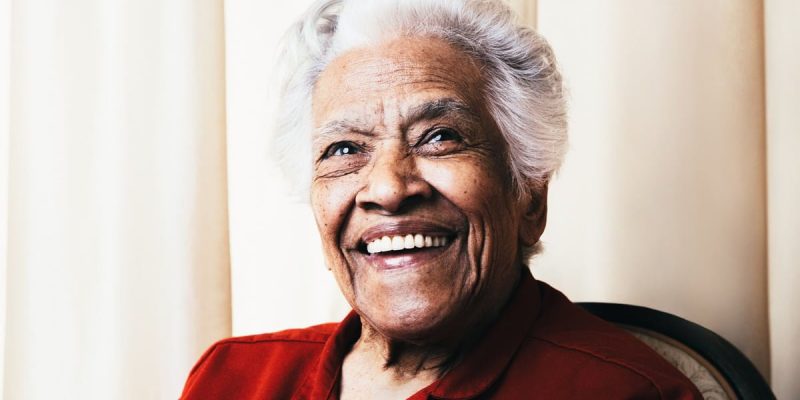 Not long after news spread about the passing of New Orleans culinary icon and civil rights activist Leah Chase, there was a push to have a statue of the famous chef placed atop the currently vacant column in the center of what is still technically Lee Circle as a memorial to her life.

Flash back to last year.

Not long after news spread about the passing of New Orleans Saints owner Tom Benson, there was the exact same public reaction.  Until something goes up where the Confederate general stood for over 130 years, you’re going to be seeing a lot of change.org petitions being posted on social media until the enthusiasm for one notable fizzles out and is replaced by a new push to honor someone else.

Now in the case of Benson, such a tribute seemed a bit much not necessarily because he was undeserving of being honored by his home town but because the city father already has a statue between the Superdome, Champions Square, and the office tower that bears his name.

Chase currently has her face painted on one of the concrete supports under the Claiborne Flyover.

She deserves much more than that.

Universally revered throughout the community for her class, moxie, piety, and talent in the kitchen, Chase was a true role model on many levels, whether you’re an aspiring chef or a female entrepreneur.

As Chase stood about 5 feet tall, a visible statue on a 60 foot column would necessitate making it three times her height (the base itself is 8 feet high).

Despite her diminutive size, Chase was a dynamo.  Increasing the statue to scale (like the Lee statue is) would take away from that.  People should be able to appreciate how such a little lady was a veritable giant in numerous fields.

Also a Chase monument should be in Treme, the neighborhood she refused to leave even with increasing violent crime in the area.  And Chase and her husband helped spur the recovery of the neighborhood by reopening their flooded restaurant two years after Katrina.

Furthermore a Chase memorial should be an authentic work of art, an inspired creation featuring relevant symbols that tell her story, and not merely a replacement scu;pture.  Chase was a noted patron of the arts, having served on the board of the New Orleans Museum of Art, studied art in school, and was a collector of African-American art.

A Chase memorial should not just be a simple statue but something that conveys the soul of this renaissance woman. People should be able to look at the enthusiasm on Chase’s face rather than just stand in the distant shadow of her silhouette.

Leah Chase was of the people, not above the people.

While the removal of General Lee was a crass self-serving act of political theater, there is not a scenario where the Virginian’s statue gets put back.  Placing a statue of Chase on that spot is more a kneejerk reaction to fill an empty space than something that provides a fitting and adequate tribute to the late Queen of Creole Cuisine.

New Orleans should celebrate the lives of those responsible for creating the magic that lures millions of people to the Crescent City annually.  We need more memorials to famous chefs and musicians that put our unique culture on the map than politicians who gave us a different kind of reputation.

As I argued in a previous column about the city’s most high-profile vacant space, erecting a symbol that embodies the spirit of the community would make the most sense than engaging in a divisive public debate of which New Orleanian is more deserving (or less deserving) of the honor of being on that pedestal.

And the public should get a real say in the final decision on such a memorial, rather than have their views just “noted for the record” while proceeding to go forward in a pre-arranged direction.

There aren’t many people who would be more deserving than Leah Chase to have their likeness at such  a prime location.  I just think Leah Chase should have more than a spot.