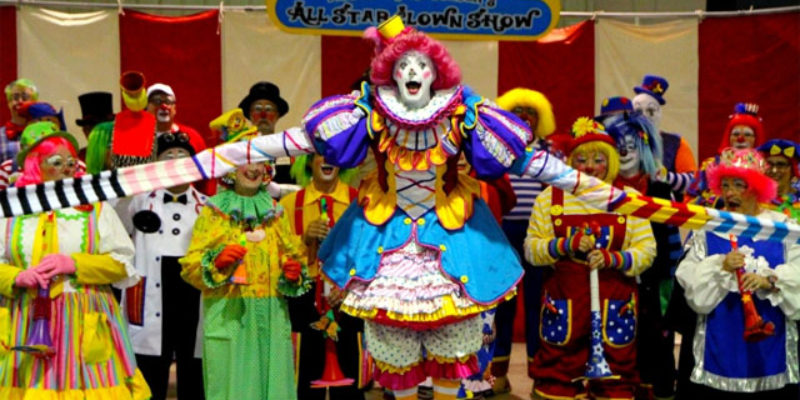 Twenty-five announced candidates are in the hunt (or gathering in the case of vegans) for the Democratic nomination.  There’s space on the two-day debate dais for twenty.

To some degree you can break the Democratic field down to two tiers: those Donald Trump has assigned a “forever name” on Twitter and those who have not yet earned that prestigious accolade of relevancy.

Five won’t be on stage though many more should not even be in the audience.  Below (in brief) are seven candidates who have squeezed their way into the backseat of the Democratic clown car.

Once again in no particular order.

US Senator who was DSCC Chairman in a bad year for Democrats (2014).  Not just running against Trump but his former boss in Denver city government, for whom he served as Chief of Staff. Born in India, the son of a diplomat and grandson of Jewish residents of the Warsaw Ghetto during the Holocaust. Also served as superintendent of Denver’s school system.  A formidable resumé in a purple state.  If the Democrats were to regain their sanity, they’d nominate him, though in this reality neither is happening.

Ex-San Antonio mayor and Obama HUD secretary was supposed to be Hillary’s running mate.  I even bet a few quid on it at a London betting house.  But the rising stock of Julian Castro crashed fast. Whatever angle Castro thought he had evaporated like his veep dreams when Beto decided to not stop running for stuff.  I don’t know what’s creepier: Castro’s smile or that he has an identical twin (who is a congressman).  Seriously, if you had to do a police sketch of what the boogeyman looks like, it’d turn out like his profile pic. Ted Cruz could beat him in a beauty contest in Marin County.

Or should it be Managua where the formerly named Warren Wilhelm, Jr. traveled and supported the Sandinista regime in the midst of the Cold War.  This wasn’t Bernie Sanders going on a tourist cultural exchange to the Soviet Union, de Blasio was all involved in the very real struggle…against freedom. If you haven’t done so, watch the Batman film The Dark Knight Rises.  That Bane guy who takes over Gotham and institutes what is essentially Jacobin-Antifa rule? That’s de Blasio.  We don’t need a President Bane.

If the Democrats weren’t full of merde and actually believed in real diversity, the spunky Tulsi would be their poster woman. Born in American Samoa, the first Hindu in Congress, a military vet, the 39-year old Congresswoman from Hawaii is not a lockstep Democrat.  She was one of the first members of her party to visit with President-elect Trump and a military non-interventionist.  If I had to vote in the Democratic primary, she would get it, thusly Tulsi has no chance.

Some politicians with presidential aspirations prepare themselves to run by joining the military or piling up their resume.  Then there is Kirsten, whom I believe Donald Trump dislikes the most personally in part because he knows her personally and his family had made multiple contributions to her campaigns. Eying higher office just after being appointed US Senator, Gillibrand went on a major “rebranding”, dropping 40 pounds.  Beyond that Gillibrand signaled a probable run for the presidency by voting against 27 individuals nominated by Trump to serve in the cabinet, the most of any candidate and a fact she is very proud of.  Gillibrand is the prototypical political poser and an empty pair of skinny jeans.

The US Senator made Democratic social media “slacktivists” get tingles by merely asking questions at the Brett Kavanaugh hearings.  The Minnesotan followed up that national introduction by kicking off her campaign along the Mississippi River during a February blizzard, looking more like Elsa than a credible presidential candidate.  After her much mocked “snow globe event”, Klobuchar’s nascent candidacy was papered with rumors about being cruel to congressional staff, including an alleged Joan Crawfordesque moment where she angrily hurled office supplies at an aide.  Betting on proximity to Iowa will help score an extension to New Hampshire, Klobuchar supporters might want to keep dolls, axe, and wire hangers out of view.

The green beret of the Democrats’ eco-warriors, Inslee is hoping to stake out his niche as THE climate change candidate, having embraced the Green New Deal to such a degree that it heralds his website.  Governor of a state with a lot of tech money and progressive activists, Inslee’s presence in the race could siphon support from Bernie Sanders in the PacWest.  More than likely Inslee is tilting at wind turbines.