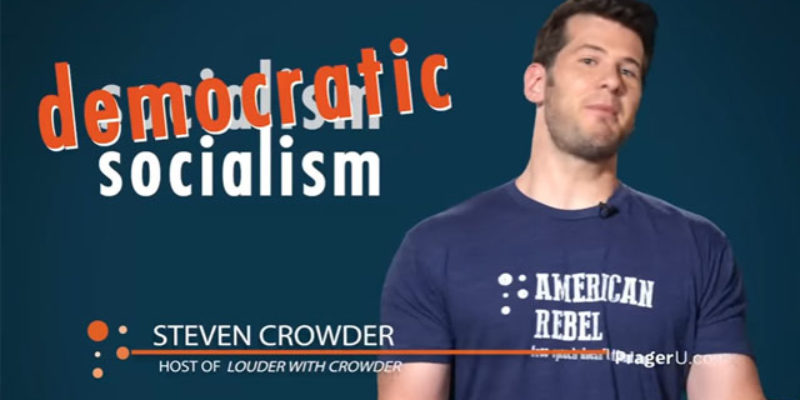 Throughout our history, free speech has been cherished in the United States of America. Thankfully, we have the First Amendment which mandates that “Congress shall make no law…abridging the freedom of speech.” It not only protects this right, but also the free press and other precious liberties such as the right to exercise religious beliefs, assemble, and “petition the Government for the redress of grievances.”

Unfortunately, in recent years, there has been an assault on free speech. On many college campuses, conservative speakers are not welcome. Often, when a conservative is invited, progressive groups attempt to persuade the administration to cancel the speech. If that is not successful, protesters will try to shut down the speech, frequently using violence.

This paucity of conservative speakers can also be found at college graduation ceremonies. Commencement addresses are the highest profile speech that can be given on any college campus. Unfortunately, students and parents are usually only exposed to a speaker who is an avowed liberal, progressive or socialist.

A study of college commencement addresses was conducted by Young America’s Foundation in 2018. The results were unsettling, but not surprising. It discovered that liberals exceeded conservatives by an astounding 12-1 margin. These invitees reflected the values of college professors and administrators, who are overwhelmingly liberal.

Sadly, the ongoing censorship of conservatism is not limited to college campuses. It is especially apparent every day in our media environment. The mainstream news media has been dominated by liberals for decades. So, positive news about conservative policies or politicians is regularly censored. The disturbing situation was documented in a recent Media Research Center study. It showed that during a three-month period in 2018, approximately 92% of the news coverage of President Trump on the three major broadcast networks was negative.

Americans hoping for a better result among social media platforms have been thoroughly disappointed. In recent months, there have been regular reports that conservative commentators have either been marginalized or completely removed from certain social media sites.

This week, YouTube demonetized the site of Stephen Crowder, a conservative comedian. Even though he developed a tremendous audience of 4 million subscribers, YouTube targeted him because of complaints from Carlos Maza, a Vox journalist. Maza complained that Crowder engaged in regular “homophobic attacks” over a two-year period.

While Crowder’s targeting of Maza as a “lipsy queer” is certainly unfortunate, the best response is not censorship, but more free speech. YouTube should not silence controversial or even distasteful views of commentators but allow the publication of other opinions.

As media outlets promoted Crowder’s punishment for lampooning Maza, there was very little investigation into the background of the “victim.” Several weeks ago, Maza tweeted that Brexit opponents in the UK throw milkshakes at politicians who wanted to leave the European Union and “Humiliate them at every turn.”

In October of 2017, Maza blasted Sean Hannity of Fox News for criticizing violent Antifa protests. He called the valid complaints of Hannity and other outraged Americans a plot to “demonize legitimate protest movements.”

Prior to working at Vox, Maza was employed by Media Matters, a progressive organization committed to destroying conservative programs by targeting their advertisers and pressuring them to cease their financial support.

U.S. Senator Ted Cruz (R-TX) noted that YouTube penalized Crowder, but continues to allow liberal commentators such as Samantha Bee on their site. This so-called comedian regularly insults conservatives and had to apologize for a horrible slur she directed at Ivanka Trump. According to Cruz, YouTube has “no coherent standard” and the best idea is “DON’T BLACKLIST ANYBODY.”

Instead of supporting free speech, the standard for YouTube and other social media sites is to censor conservatives while allowing liberals the independence to make any kind of comment. Of course, this type of policy is more than troubling. As Cruz warned, “YouTube is not the Star Chamber-stop playing God and silencing those voices you disagree with.”

These actions should alarm every American, regardless of party or ideology. Our country should reject these Orwellian maneuvers to institute a liberal groupthink.

Ideas need to be vigorously debated and Americans should be exposed to as many viewpoints as possible. The problem is that liberals cannot withstand a hearty debate and do not want to engage in a defense of their ideas. They know their positions will not prevail against conservative arguments, so their strategy is to eliminate the discussion by calling conservatives “racist,” among many other insults.

In the upcoming election, the issue of censorship needs to be at the forefront. It is a threat to the future survival of the United States and demands our attention. If this trend is not reversed, the consequences for the “land of the free” will be very frightening to say the least.