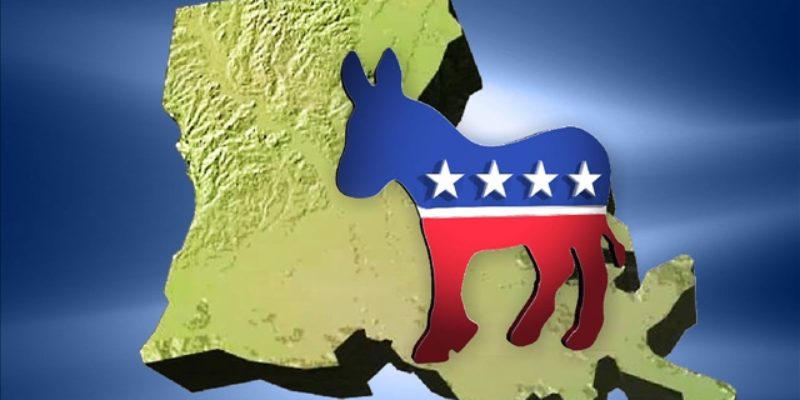 Louisiana seems set to go from an afterthought to an asterisk in the 2020 presidential preference primary season.

In 2016, the state conducted its primary elections for major party presidential nominations as, by law, the first Saturday in March. That came right after “Super Tuesday,” where voters in ten states plus a caucus state selected about a quarter of Republican convention delegates while Democrats in the same number of states voted along with caucus-goers in a state and territory chose about a fifth of their convention delegates.

Lumped in with caucuses in a few other states, Louisiana attracted little attention coming after the major effort by candidates for Super Tuesday. While candidate organizations proved active the candidates themselves with the exception of next-door Republican Sen. Ted Cruz ignored the state, and then controversy ensued when future GOP Pres. Donald Trump edged out Cruz in the primary results but the apportionment math and wishes of other candidates gave Cruz the majority of the state’s delegates.

But whatever attention Louisiana received in 2016 looks likely to diminish further in 2020 because of HB 563 by Republican state Rep. Gregory Miller. This annual election bill typically deals with a lot of minutiae around conducting elections, but occasionally has something with a significant political impact.

That happened with this edition, because it moved back the primary date in the state from Mar. 7, right after the 2020 edition of Super Tuesday, to Apr. 4 on account of Easter falling on Apr. 12, which makes by law the April 11 date prohibited. Sticking to the original date would have pushed runoff elections legally scheduled five weeks after the quadrennial date for presidential preference primaries, which also would have hosted general elections for municipal and any special contests, to Apr. 11.

This change alters marginally the dynamics of elections. Those municipal contests will start relatively later and just about bump up against the ends and beginnings of terms in places set for May 1. It also means if a vacancy occurs in the Legislature the new member may not take a seat until halfway through the regular session.

However, the alteration impacts presidential campaign dynamics the most. With the evolution of the primary election as the major contributor to delegate totals and of modern mass media-based campaigning, the emphasis of the nomination process has become “front-loaded,” or where the majority of delegates are distributed relatively earlier in the process and a nominee typically arises in that period. This means contests in later states have little, if any, impact on the process.

While the change has no relevance to the Republican nomination – Trump will capture that, perhaps unanimously – Democrats have a wide-open field. Yet by Apr. 4, which Louisiana will share with far-flung Alaska and Hawai’i, over 70 percent of Democrat pledged delegates will have been elected. Three weeks after will come the “mid-Atlantic regional primary” of several such states that will determine most of the remaining delegates that could overshadow Louisiana, although as the nearest primaries before the state’s are three weeks earlier, that might entice some candidates (those perhaps bored with Hawai’i’s beautiful weather and beaches) to mosey on down to the Bayou State.

Still, history over the past four decades suggest some Democrat will have consolidated enough delegates by Louisiana’s new election date to have a commanding lead, if not already having wrapped up the race. Even the earlier date in 2016 saw Trump come in with a large lead, where Cruz was seen as the last guy left with a chance to stop him.

Practically speaking, by moving the date five weeks into the future, unless something wacky happens Louisiana basically has rendered itself insignificant in the 2020 presidential nomination sweepstakes, to the disappointment of the state’s political junkies and to professional campaign managers and media outlets who won’t make nearly as much revenues as a result.

Interested in more national news? We've got you covered! See More National News
Previous Article MARSH MAN MASSON: Speckled Success On The Florida Flats!
Next Article That WeAskAmerica Poll From Yesterday Might Well Get John Bel Edwards An Opponent From The Left