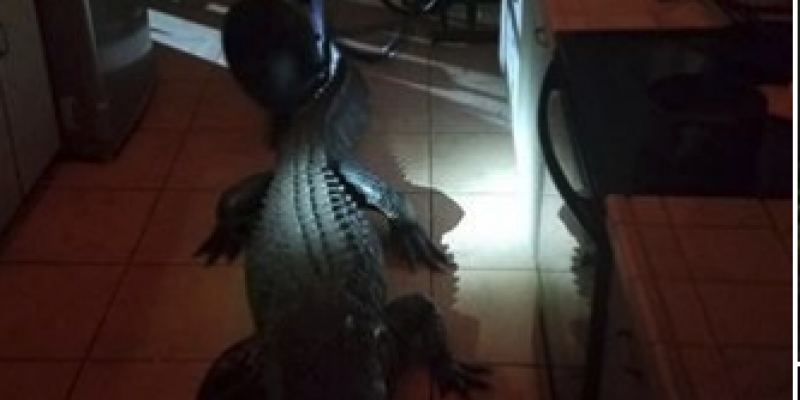 It’s alligator season in Florida, and they are on the move– in and out of people’s homes.

In Clearwater, Florida, an 11-foot alligator broke into the family’s home through a window in their kitchen. The homeowner immediately called the police and a gator trapper came to the rescue– to remove the gator.

See you later, alligator 🐊 A scaly 11-foot-long gator broke into a Clearwater home overnight through some low windows in their kitchen. Clearwater Police officers and a trapper responded to the scene to capture and remove the gator. There were no injuries. pic.twitter.com/jsOxRNfkEV

and swimming in the ocean and in pools: 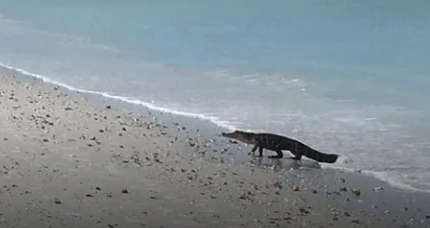 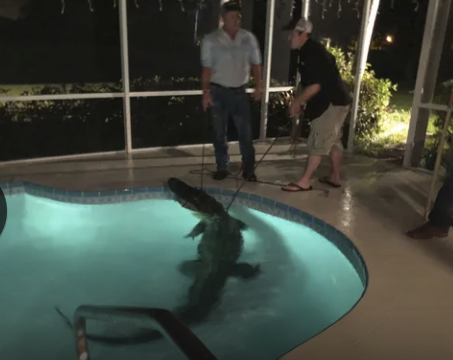 They even like hanging out with cops and cranes: 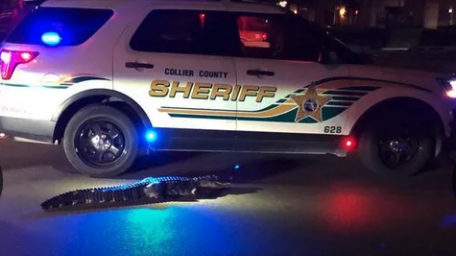 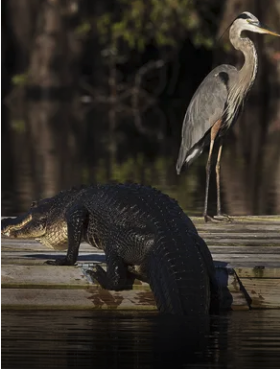 Gator safety: If you happen to encounter a gator on the street, in your pool or backyard, or in your kitchen, it should be obvious to keep your distance.

Jack Hanna, director emeritus of Columbus Zoo and Aquarium, told CBS News that people should stay at least 40 to 50 feet away from the reptile.

At 20 feet, Hanna says an alligator could “outrun any human.”

If you can’t get away, wildlife experts recommend you fight back. If an alligator bites you, make a commotion by hitting or kicking it or poking it in the eyes. Gators will retreat from prey they can’t easily overwhelm.

Another option, which most Floridians and Southerners and gun owners follow is to shoot it.

Bullets are the best deterrent against all intruders.