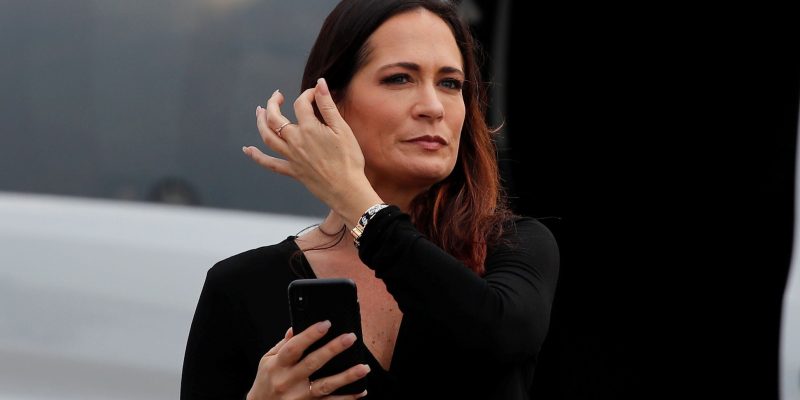 After a competitive search, a successor has been chosen to take over as White House Press Secretary when Sarah Huckabee Sanders leaves her post to make a possible run for Governor of Arkansas, a position previously held by her father Mike Huckabee.

The First Lady herself made the announcement on Twitter yesterday posting,

“I am pleased to announce @StephGrisham45 will be the next @PressSec & Comms Director! She has been with us since 2015 – @potus & I can think of no better person to serve the Administration & our country. Excited to have Stephanie working for both sides of the @WhiteHouse. #BeBest”

Stephanie Grisham, 42, will be holding three positions, at least for the time being, a testament to the faith that the Trumps have developed for the Arizona native. She will have her hands full with an unconventional President who is quick to speak his mind, for which he is both loved and hated.

Sarah Huckabee Sanders “went out with a bang”, getting both a nudge from President Trump to run for Governor and being invited to the big stage at Trump’s Florida Campaign-Kickoff rally. She voiced her approval of the selection tweeting Tuesday,

“.@StephGrisham45 will be an incredible asset to the President and the country. I’m sad to leave the WH, but so happy our team will be in such great hands. Stephanie will do a phenomenal job. Proud to have another mom and a great friend in this role!”

President Trump considers Stephanie Grisham one of his most loyal advisers commenting that she “has been with me since the beginning”, referring to her communications work on his presidential campaign beginning in 2015.