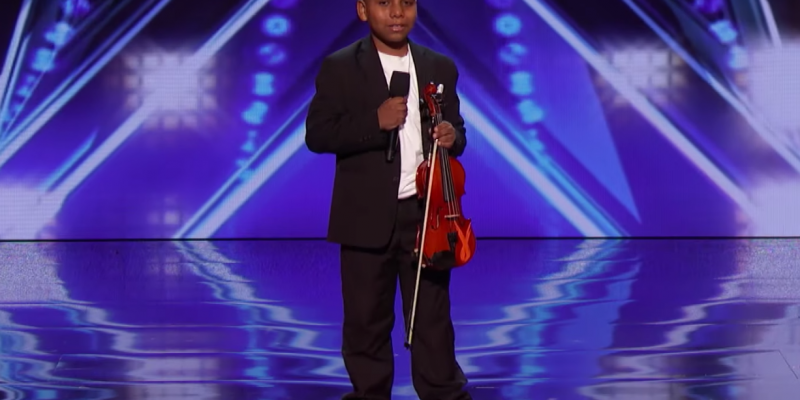 This is perhaps one of the most heartwarming videos you’ll ever watch.

The reason why this child was bullied by his classmates is astounding.

He rightly deserved the praise he received on the talent show, America’s Got Talent, but his determination and perseverance, not to mention skill and personality, are inspirational.

“I would like to say something on your behalf to the bullies,” Simon Cowell, the well-known critical British judge and creator of the show, said before he hit the Golden Buzzer. The recognition automatically sends a contestant to the live show finale shows at the end of the competition.

He received a standing ovation.

Tyler was 4 years-old when he was diagnosed with acute lymphoblastic leukemia.

“One day we were out to dinner, and I thought, ‘Something doesn’t look right with Tyler,’” his mother said. “He looked kinda pale. So a mother’s instinct said, let me get him to the emergency room.” Blood work confirmed he had cancer. “It was the worst day of my life,” she said.

Chemotherapy caused Tyler to lose his hair– a condition that caused the bullying. “[The bullies] would spread rumors to say that my cancer was contagious and they all wanted to stay away from me,” he said.

When Tyler was 7 years-old he saw a flyer for after-school music lessons at his school and began playing the violin.

Tyler would practice in his bedroom and his mom saw the “sunshine” return to her bullied son. “Oh my God, I got my son back!”

“When I play the violin, it makes me forget about the bad stuff,” he said. Tyler performed on the streets of downtown Raleigh to raise money for his airfare to the show’s audition.

“I didn’t want to just be the Kid with Cancer — so now I’m the Kid who Plays the Violin.”