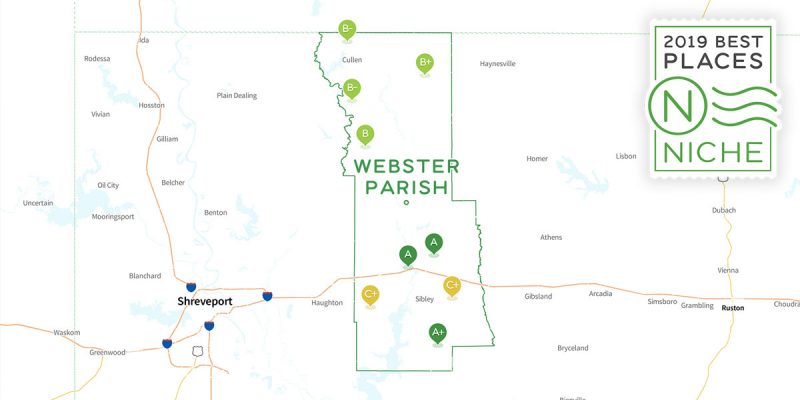 The circus continues its run in Webster Parish, which looks generally bucolic and peaceful but the tumultuous, racially-tinged politics surrounding it tries the citizenry’s patience.

Its largest municipality Minden has gone through turmoil since the beginning of the year. A power struggle has developed between a black Democrat majority on the City Council and the white Republican mayor elected last year, Terry Gardner, who is often backed by the two minority white Republicans on the Council. The town has a narrow black population majority.

The tussle has flared particularly over the police department. Gardner and the new no-party white elected chief of police, Steve Cropper, have argued the department faces a staffing crisis and have promoted the hiring of more officers. But in March, the three Democrats rejected the hiring of two apparently qualified candidates. Gardner then vetoed the rejection. Still, this led to the majority’s authoring an ordinance that interposed the Council between the chief’s recommendation and the mayor’s hiring, effectively giving it a veto power over hiring.

Then in May some anonymous sleuth performed a deep dive into social media accounts of existing officers; the department at the beginning of the year had implemented a policy where officers could not make negative comments about the city. They circulated posts from two officers, brothers, made years prior to their employment which expressed racial stereotypes and racist language. However, the officers didn’t admit that they actually posted the offending material.

The outraged majority called for the officers’ firing. But Cropper didn’t have cause to do that, since they violated no policies while under his employ. Further, civil service law meant that the Council could terminate only one of them. The other remains on administrative leave.

Unfortunately, the incident seemingly spilled over into the ongoing personnel shortage. Earlier this month, the majority deliberately stayed away from a special meeting to hire more officers, preventing a quorum, in an bid apparently to pressure the other officer’s removal.

While those displeased with the officer’s continued association with the department have a point that citizen confidence in that’s officer’s impartial performance of his duties suffered with discovery of his posts and it reflects negatively on the department as a whole, civil service niceties may foreclose his departure and the neither mayor nor chief deserve blame, much less provoke a crisis in public safety as a form of protest. The Council making itself part of the vetting process for new hires also raises the specter of hyper-politicization of public safety and likely will discourage applicants for a job that already pays about as much as a low-level Walmart position.

But city organs feuding in a way that suggests at least a racial component to the conflict, if not more, causes only dysfunction. In the nearby hamlet of Cotton Valley, citizens endured outright corruption from a mayor they can’t eject.

Recently, a state court found Mayor Joseph Alexander, a black Democrat first elected in 2016, guilty of felonious abuse of power in office. He influenced a neighboring town to disregard its arrest of him for allegedly possessing material to get stoned, and also used town money to pay for personal travel.

Alexander’s defense seemed to imply some kind vendetta behind his prosecution by the white Republican District Attorney Schuyler Marvin’s office. Despite his conviction, he may remain in office even up to his next election, as while the Constitution forces the resignation of elected officials who commit felonies, it happens only after exhausting all legal appeals.

Webster citizens deserve better than dysfunction and dishonesty. Race shouldn’t be used as wedge issue that doesn’t discourage either.