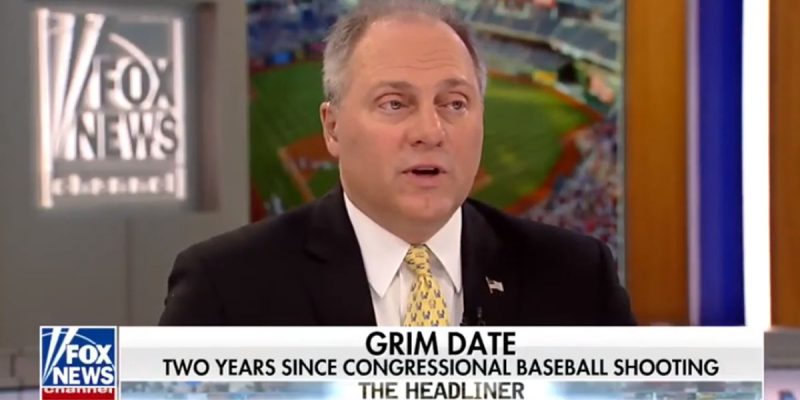 On the fateful morning of June 14th, 2017, a deranged gunman and political extremist opened fire on a congressional baseball practice. Six people were shot that day, namely congressman Steve Scalise. In the hail of gunfire, Capitol Policemen David Bailey and Crystal Griner stormed the field to protect civilians and players alike. Had it not been for their heroics, we might be reflecting on a much different situation. Friday was the 2nd anniversary of the shooting, and Congressman Scalise took some time to look back on that day.

“For me, it’s a day to remember the heroes and the miracles that happened that day. There were so many heroes and I start with the United States Capitol Police, David Bailey and Crystal Griner, who both engaged the shooter, took him away from shooting at us. He wanted to kill all of us on that ball field. Thank God he wasn’t able to. It is because of heroes like that. They were both shot during that shoot out and kept going at it. They epitomize what is great about law enforcement and, of course, the Virginia police officers that were there, too.

“There were other heroes, as well. Brad Wenstrup, my colleague from Ohio, who immediately came to apply a tourniquet that stopped the bleeding so that I could at least make it to the hospital alive. And, of course, all the doctors and the physical therapists who taught me how to walk again. I had to relearn how to walk.”

Many believe the shooting to be a manifestation of the current political divide. We should remember that we’re all American. Our differences shouldn’t serve to divide us, but instead be a beacon for dialogue. When we lose our ability to reach across the aisle for dialogue, we lose our country itself.

Video of Scalise’s appearance follows below…