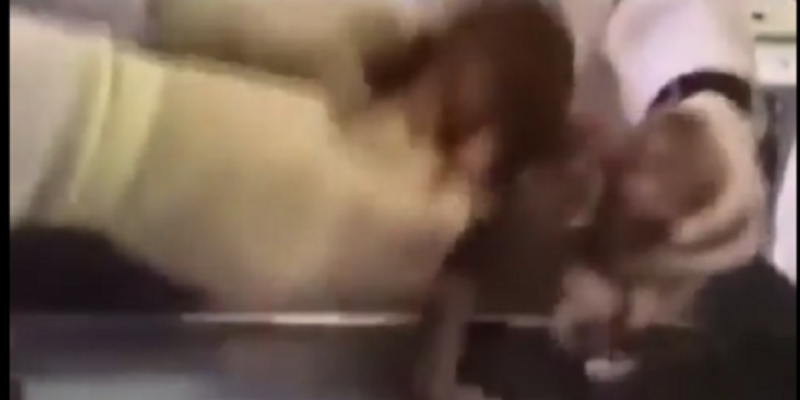 This video is very disturbing and upsetting. If you care about human life it will make you angry, horrified, and saddened. Unfortunately, witnessing the culture of death is essential to stopping it. When Allied Troops liberated the concentration camps they were physically ill by what they witnessed.

The video records real people– two men wearing white lab coats–abortion clinic staff– not actors– who are abusing the dead bodies of aborted babies–as if they were toys.

They each pick up an aborted baby’s body and make it “dance” as if it were a doll or stuffed animal.

“It is obvious these babies’ bodies are not models or dolls,” said Operation Rescue President Troy Newman told Life News. “This kind of sick gallows humor is revolting to most people and shows a gross disregard for human life.”

Once the bodies are tossed back into a metal pan, evidence that these are actually aborted babies becomes apparent.https://t.co/Hpxck9sGdm pic.twitter.com/EoNEgZbYbo

There is a large gash clearly seen on the back of one of the baby’s necks.

Either the spine was snipped with scissors like the method used by Kermit Gosnell, the Philadelphia abortion doctor serving life in prison, or from a partial birth abortion procedure. After the slicing of the back of the head a suction tube is inserted into the baby’s head and its brains and contents inside the skull are sucked out.

Partial birth– up to right before birth– was just legalized in New York.

“There is no way to know if the men joking with the babies’ remains were involved in the abortion process,” Life News reports. “It is possible that the aborted baby remains were donated to a hospital or research center.”

“Some people think all abortionists are these professional doctors that behave with dignity, but we know better than that,” Newman told Life News. “We have seen what they do. We have heard from former workers that goes on. We know how calloused their hearts must become to keep killing innocent children over long periods of time. Left on their own, they become just like convicted murderer Kermit Gosnell.”

Newman’s assessment is partially right, but the men are more like the one at Auschwitz who experimented on babies, and pregnant women, who also injected the babies with poison and snipped their spines.