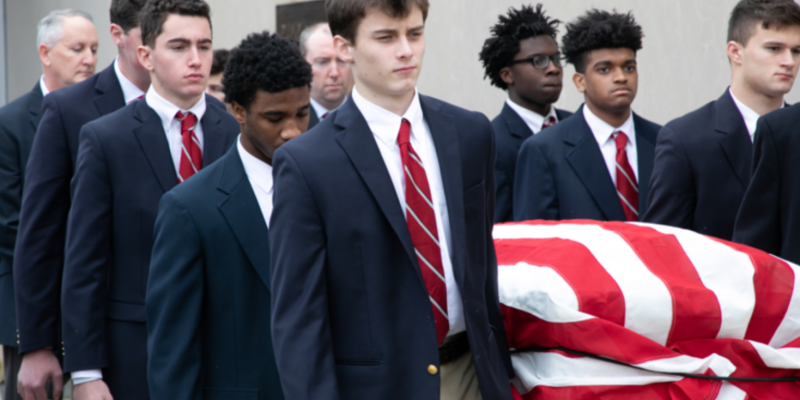 He died at Brockton VA Hospital—miles from where he was allegedly staying at the Grove Street shelter in Worcester, Mass. He reportedly had no friends or family. Mr. Fowl’s remains were given to Lawler and Crosby Funeral Home. And thanks to a ministry at an all boys school, he received a proper burial.

“He deserved better, really,” Mike Kotsopoulos, assistant director of communications at Catholic Memorial School, writes for America, the Jesuit Review. The man sacrificed six years of his life to serve his nation as a medical specialist in the 1980s. He worked as a welder in the years that followed before falling on hard times. Years later his trail went cold.”

The school partners with Lawler and Crosby to coordinate the funeral, including organizing the casket, hearse and transportation needed for the burial at the veterans’ cemetery in Winchendon. When Lawler and Crosby contact Mr. Durazo, he organizes a different student group to host the service. For previous services, the hockey and football teams volunteered as pallbearers.