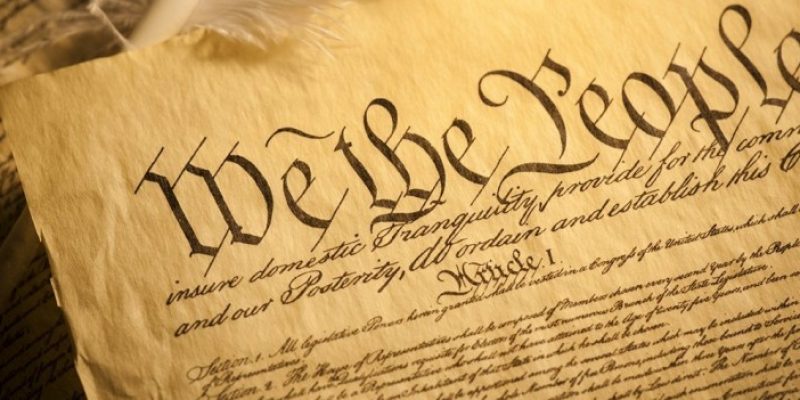 Despite assurances from leadership of the Louisiana State Bar Association that the LSBA was “terrific,” there was angst among many delegates at the LSBA’s House of Delegates meeting that the LSBA’s status as a mandatory bar could be in real jeopardy.

Recall that the LSBA is a mandatory bar association, meaning that all lawyers in Louisiana MUST join the LSBA and pay it several hundred dollars worth of dues each year. As we noted last December, the mandatory status of membership, i.e. that all lawyers must join, is in danger of being held unconstitutional by the courts. (See: GATES: Could this be the end of the Louisiana Bar Association?)  In a nutshell, last year the U.S. Supreme Court held that a law in California that required teachers to join a specific union was unconstitutional.  In an opinion by Justice Alito, the court wrote, “no person in this country may be compelled to subsidize speech by a third party that he or she does not wish to support.”

Recall, also, that the LSBA is prone to taking positions, which I dare say a large number of lawyers in Louisiana would not wish to support.  For instance, last year a resolution to “support the First Amendment of the U.S. Constitution and Article I of the Louisiana Constitution, and freedom of speech and the freedom of religion, urge the repeal of all laws and municipal ordinances, regulations, rules, executive orders and other practices that prohibit or impair the freedom of speech or the freedom of religion, and urge the repeal of all laws that discriminate against persons because of their faith, their free exercise thereof, or because of their expression of their religious or political views and urges the adoption of laws which protect freedom of speech and freedom of religion” failed after the Board of Governors, the Civil Law and Litigation Section, and the Minority Involvement Section all spoke against the resolution.  In other words, the LSBA doesn’t like the First Amendment.  Three years ago, the LSBA House of Delegates urged the repeal of the First Amendment.

Such activity has many lawyers around Louisiana asking why should the U.S. Supreme Court’s prohibition on compelling speech by teachers’ unions in California not apply to lawyers and the Louisiana State Bar Association, especially when the LSBA does really dumb things like urge the repeal of the First Amendment?  Why should lawyers be forced to subsidize that type of speech with mandatory dues?

The LSBA leadership worries about losing the mandatory status of the LSBA because of an expected exodus of attorneys from the organization over a variety of issues, including positions like those noted above.  Further, several state bar associations are currently fighting attempts to end their mandatory status.  Of note, a case is making its way through the courts in Texas challenging the Texas Bar Association’s mandatory status.  The Texas case is in federal court, and a ruling is expected later this year.  However that ruling goes, the case will very likely wind up in the Federal Fifth Circuit, which also covers Louisiana.  A ruling against the Texas bar in the Fifth Circuit would very likely spell the end of the Louisiana bar’s mandatory status as well.

Considering this backdrop of uncertainty, when the LSBA’s House of Delegates convened today in Florida, the mandatory status of the LSBA was on the minds of leadership and delegates alike.  Two resolutions taken up by the HOD indicated a resolve by the delegates to take necessary steps to keep the mandatory status of the LSBA.  The first was a resolution to suspend the workings of the LSBA’s Legislation Committee through January in order to let the court cases on the legality of mandatory bar associations make it through the system.  Since most of the angst in the lawsuits challenging the mandatory state bars comes from the fact that often times those bar associations take positions on legislation not supported by all of the members, the supporters of the resolution argued that adoption of the resolution might stave off a challenge to the LSBA, should the cases eventually turn against the state bar associations.

In any event, both resolutions passed overwhelmingly.

What does this all mean?  It means that the members of the House of Delegates realize that the LSBA’s status as a mandatory bar association is in real jeopardy, despite assurances from LSBA leadership to the contrary.  In December the President of the LSBA assured the Baton Rouge Business Report that the recent US Supreme Court decisions “will not adversely affect our status” as a mandatory bar.  The delegates are not so sure and took precautionary steps to stave off a challenge to the LSBA.

In the end, there seems to be little the LSBA can do to stave off a challenge absent it swearing off taking positions of any sort, which I doubt seriously would happen.  Many members would prefer to be non-mandatory over giving up their ability to take positions on whatever they believe worthy of pronouncement.  It is ironic that, in the end, those positions may be what brings the LSBA to its knees.