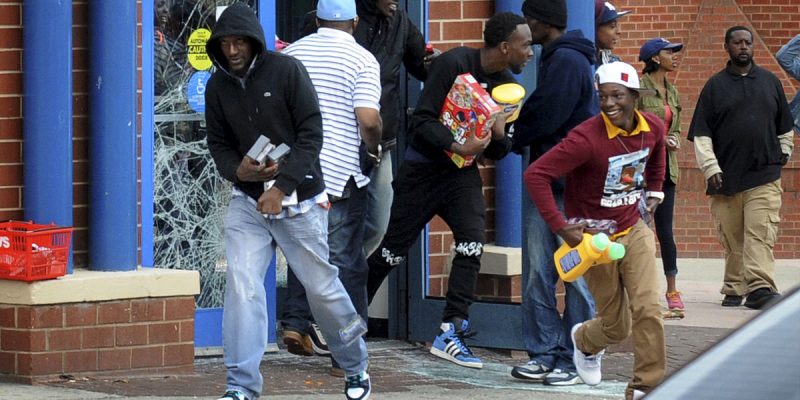 Term limits will – thank God – fix a lot of this, but voters are going to need to play a role if things will ever get better in the Louisiana Senate.

This is truly disappointing. This bill, when it was first voted on in the House of Representatives, was FAIR. It provided for BP Oil Spill money to be spent on two projects related to infrastructure and then most of the money was to be divided up EVENLY between ALL DOTD DISTRICTS including our Northeast Louisiana District. The Senate changed it all up giving projects to various areas of the state. Amazingly there were no “nay” votes in the Senate. It passed over there 37-0. The next vote in the House was whether to concur or not in the Senate amendments. Importantly, NO AMENDMENTS CAN BE OFFERED ON A CONCURRENCE VOTE. It was up or down. Once there was a concurrence vote the bill was passed with the atrocious Senate amendments. I was the only House member from NELA who got on the microphone to raise cane about this bill. Most of our North eastern delegation voted against this…but there weren’t enough of us. I will be filing a bill next year to correct some of this and my colleagues in the House have already shown a willingness to work with me on it.

What’s he talking about? This…

Monroe and northeastern Louisiana were snubbed in a $700 million infrastructure bill hailed as the biggest investment in roads and bridges in more than three decades.

House Bill 578 by Rep. Tanner Magee, R-Houma, which secured final passage here Tuesday, had initially included $275 million for two road projects, but it expanded to $690 million for 10 key infrastructure projects throughout the state.

The Monroe region was the only major area of the state left empty-handed without a specific project.

“This is probably the largest infusion for infrastructure in more than 30 years,” Sen. Page Cortez, R-Lafayette, chairman of the Senate Transportation Committee. “It’s a generational shift.”

“This is going to be the biggest infrastructure investment in three decades and shows we can make a meaningful impact when we work together,” Magee said.

Among the projects: $100 million for Shreveport’s Interstate 49 North connector; and $150 million for Lafayette’s I-49 South.

The essentials of the bill were, initially, that the two major road projects it envisioned would be paid for by money from the BP oil spill settlement, and those projects would be fairly cheap, obvious road improvements nobody could argue were needed.

The first of them is elevating Highway 1 from Golden Meadow down to Port Fourchon in order to make sure that road doesn’t flood – something not inconsequential when you consider the importance of Fourchon to the state’s oil and gas industry. Currently, from Leeville to Port Fourchon the road is elevated and not subject to flooding. But north of Leeville to Golden Meadow, it’s a low-lying road alongside Bayou Lafource which can easily be cut off in the wrong conditions, with millions of dollars of economic activity cut off in such a circumstance.

So it’s a no-brainer to take part of the $53 million per year in BP payments to a fund dedicated toward settling “economic damages” arising from that company’s oil spill in the Gulf in 2010 and bond it out to invest $150 million in elevating that roadway.

To say this is a no-brainer project is grossly insufficient, because every time there is an accident on the I-10 bridge in Baton Rouge, which is more or less every day, there’s at least an hour-long delay coming into the capitol city. Building out Highway 415 to connect to Highway 1 and therefore providing some easy access to the Sunshine Bridge for those cars traveling from west of Baton Rouge to New Orleans would relieve some of those traffic issues, at least when I-10 is blocked up.

And that carries a $125 million price tag.

So the issue is that you’ve got $275 million of about $700 million that bonding out the BP “economic damage” money dedicated to these two road projects everybody understands are (1) critical and (2) solvable with the resources available.

And the deal that was cut in the House of Representatives was that the remainder of the money ($475 million over the life of the bond) would be split between the nine districts of the state Department of Transportation and Development’s administration of the state’s road projects.

That was before the bill got to the Senate, and the various Star Wars Cantina Scene characters on offer in that body got a chance to play with it.

Now, it’s…different. There are 10 projects named in the bill, the majority of which won’t be completed with the funding it provides…

Nothing on this list is a bad idea, mind you. It’s just not what was agreed on. What was agreed on is that beyond the Golden Meadow-Leeville elevated bridge and the 415 connector, which are both critical infrastructure projects with emergency priority status, the rest of the state would share in the BP dollars equally.

But once John Alario and his pals in the Senate got hold of the bill, what was agreed on no longer mattered. Instead, what happened was more like this…

The people backing this bill are, at the end of the day, not complaining all that much about the unseemly assault on process it represents. The oil and gas industry needs that elevated expressway on Highway 1 badly enough that it’s willing to tolerate the Senate looting the BP funds, and the Baton Rouge delegation are so desperate for some sort of answer to the almost-daily nightmare on the I-10 bridge that they’re willing to put up with almost any breach of legislative dignity to get something done.

All we’d like to say on this is it doesn’t have to be this way. For one thing, this state’s budget has grown from $25 billion to something on the order of $34 billion, and there is no particular commitment in to road money as part of that massive increase. Essentially, we have the same bad government Bobby Jindal gave us for $25 billion, only it costs about 40 percent more over four years. And because pf the willy-nilly character of this spending increase, infrastructure is so poor a priority that state legislators essentially act as crabs in a bucket fighting over crumbs of infrastructure projects which should have been funded years ago.

The whole thing is a mess, and a disaster which will sap public faith in future infrastructure efforts. And the fact the legislature couldn’t agree on a plan long before this bill went to the Senate is indicative of how dysfunctional and pathetic a Louisiana legislature run (in part at least) by John Alario really is.