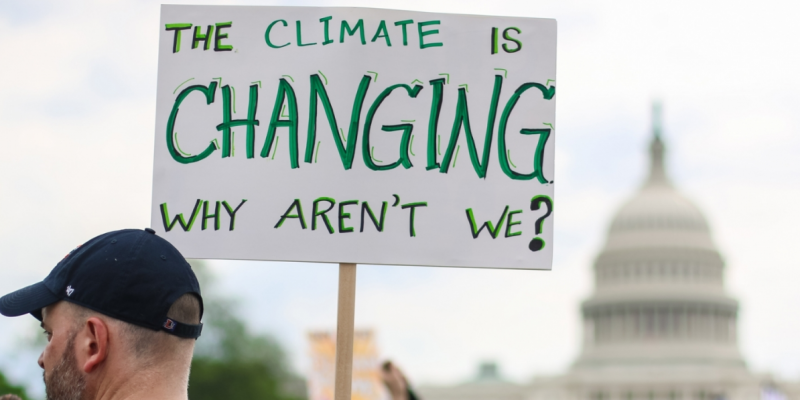 Many in the media have speculated over whether or not climate change caused Hurricane Barry, which impacted south Louisiana over the weekend. This excerpt from a Buzzfeed article by Zahra Hirji was representative of media coverage between the storm and climate change.

Hurricane Barry is predicted as of Saturday morning to dump between 10 and 20 inches of rain over southern Louisiana and Mississippi, raising concerns about widespread flooding because of the flat landscape and already swollen rivers.

The cyclone follows a string of devastatingly wet storms, a dangerous trend fueled by global warming.

“The thing to remember about South Louisiana is it’s flat,” Robert Twilley, executive director of the Louisiana Sea Grant College Program, told BuzzFeed News. When water “can’t run off, it sits there and piles up.”

“I think the key is the intensity of the rainfall. Will it overwhelm us?” Twilley said. “These drainage systems just can’t handle those intense rainfall events.”

Just this week in New Orleans, an extreme storm unleashed about 8 inches of rain in a few hours, causing flash floods that shut down the city. Since then, New Orleans has been on high alert about calamitous flooding, including possible levee topping due to Barry, but those local concerns have largely abated as the storm has developed.

Barry’s rain threat is no surprise to climate researchers, who have found that the warming of the planet contributed to the costliest hurricanes in US history — including Katrina, Harvey, Maria, and Irma — all of which grew to much wetter storms than if they had formed under cooler conditions.

In 2017, Hurricane Harvey dropped more than 40 inches of rain in eastern Texas over four days; it was a $125 billion disaster, the second-costliest hurricane in US history. This storm’s historic rainfall levels were made as much as 38% more likely because of man-made warming, according to a 2017 study in the journal Geophysical Research Letters.

The Hayride spoke to Benji Backer who is the head of the American Conservation Coalition, which supports free market-based solutions to environmental problems, to get his thoughts on the global warming debate and how it impacted Barry. “Weather and natural climate change have always gone hand in hand, but humans have accelerated natural climate change due to rising emissions. While it’s important to recognize natural weather patterns, it’s also important to consider the impact humans make on our environment through greenhouse gas emissions,” said Backer.

Backer went on to point out the need for free market-based solutions to climate change, “These storms are getting worse every year and we have the opportunity to do something about it through free-market reforms.” he said.

Now whether or not climate change made Barry worse is debatable. What’s not debatable is that everyone wants clean air and clean water. Free market environmentalism, not socialist schemes like the Green New Deal, are the way to ensure a free, healthy, and prosperous future for all.