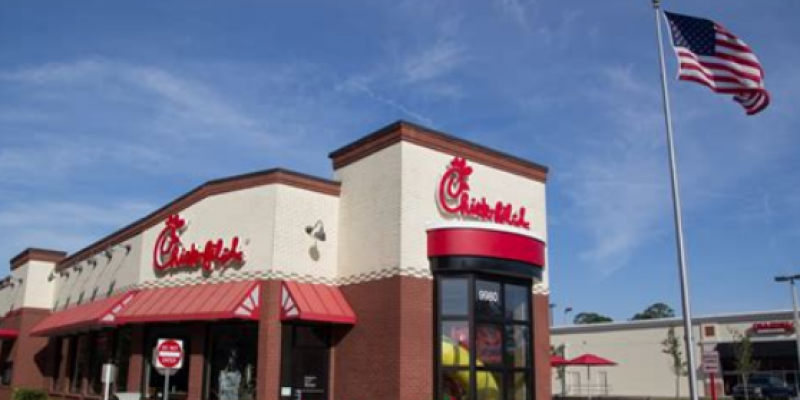 Customers picked Chick-fil-A as the most popular fast-food restaurant chain in the U.S. for the fourth year in a row according to a recently released 2018-2019 American Customer Satisfaction Index report.

The report is based on input from nearly 23,000 individuals who rank the restaurants on their food quality, menu variety, customer service and cleanliness.

On a customer satisfaction scale of 100 points, the Georgia-based chicken sandwich chain earned 87 points in 2018 and 86 in 2019. Second place was given to an “all other restaurants” category of places too small to be ranked individually. Panera Bread came in third place with 81 points; Arby’s, Chipotle, Pizza Hut and Papa John’s tied for fourth place.

McDonald’s earned the lowest score with 69 points for both years– yet still reported the highest number of sales of $38.52 billion.

“The company still demonstrates customer satisfaction dominance,” ACSI reported. “With its strong satisfaction edge and plans to continue expanding, the chicken specialist could pose a threat to even the largest players in the industry.”

The chain is only open six days a week and is closed on Sundays.

Despite its hours, its earning were the third-highest in 2018 at $10.46 billion— falling behind Starbucks, which earned $20.49 billion in total sales in 2018, and McDonald’s $38.52 billion, according to Nation’s Restaurant News.

Its sales were greater than Taco Bell, Subway, Wendy’s, Burger King and Domino’s.

In 2012, the chain’s CEO Dan Cathy said he was “guilty as charged” for supporting one man- one woman heterosexual marriage. Because of the owner’s support of Christian organizations that are pro-biblical marriage, the company has come under attack by LGBTQ activists.

In March, the San Antonio City Council voted to prohibit Chick-fil-A from opening at the San Antonio International Airport. In June, the Texas State Legislature voted, and the governor signed a bill, prohibiting discrimination against the restaurant.