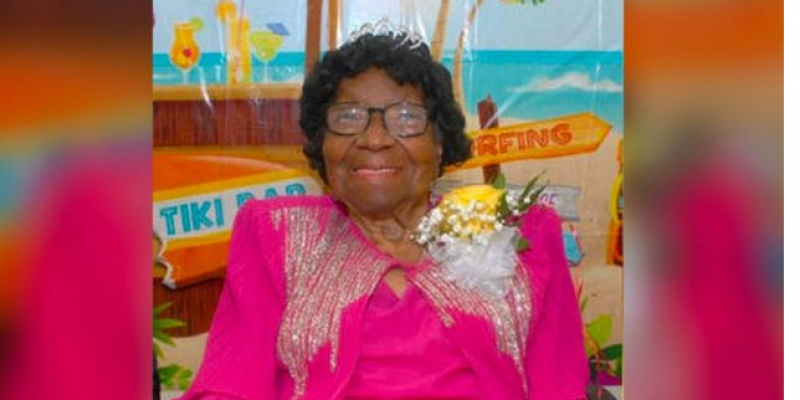 The supercentenarian is believed to be the oldest living person in the United States.

Alelia Murphy was born into a family of 12 children in North Carolina on July 6, 1905– when Theodore Roosevelt was president. She is the last living of 12 siblings. Her immediate family consists of two children, Frederick and Rose; three granddaughters, Annette, Nefer and Crystal, and several great-grandchildren.

She moved to Harlem in 1926 because she wanted to be a part of the Harlem Renaissance.

Murphy’s granddaughter told the local news, “We ask her Grandma, you been here for a very long time and she said I’m here because you all don’t know how to live, I’m here to teach you all how to live and things to do!”

She married a man she met in Harlem and was married for 27 years until his death. A single mother with two children, she began working as a seamstress and salesperson to support them.

“She was part of the movement of African Americans to Harlem… Lived in Harlem through it all, through the good and the bad,” Benjamin told reporters.

What’s her secret? Diet and faith. “She grew up in the South in the days before processed food, so she ate very healthy,” said Murphy’s nurse, Natalia Mhlambiso. “Keeping active when you are younger, and eating healthy and continuing to do so — it really does help a lot.”

Murphy reads her faith magazine and is a member of the United House of Prayer for All People.

“God has been good to me!” she declared. Her secret to longevity is to “Obey God and treat people right.”

Murphy is the eighth oldest person in the world, according to the Gerontology Research Group, after five Japanese women and two French.

The oldest person in the world is Kane Tanaka, 116, of Japan.