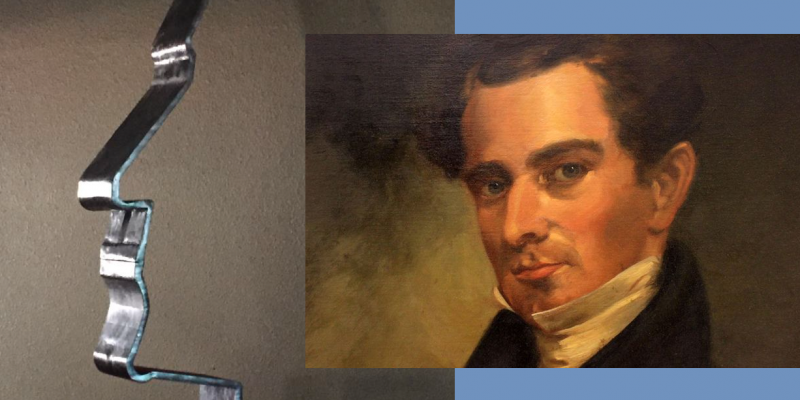 As an apparent “man bites dog” turn of events, it was two of the more conservative members of the Cedar Park, Texas, City Council who voted against allowing a new sculpture of Stephen F. Austin — the namesake of Texas’s capital and revered as the Father of Texas.

Their objection (and one which poses a bit of mystery given the political orientation of the opponents): Austin owned slaves.

See our prior coverage on this situation here.

Tim Kelly and Dorian Chavez voted on July 11 against the measure to include the modern-art sculpture “Stephen F. Austin,” in a city-owned sculpture garden — one of 10 to be placed and on loan to the city for a year.

“The guy was a slave owner,” Kelly said, as reported by Community Impact News. “He was a racist, and I don’t want anything with his name anywhere near my city.”

Kelly is known as a strong conservative and someone who typically opposes the iconoclasm of leftists with a penchant of destroying historical monuments. He took on a fellow Republican in May and often locks horns with the modest Republican mayor and Democrats on the Council. In other words, not exactly the profile of someone who would be offended by a historical figure engaging in a common practice of his time, especially before Abolitionism gained momentum in North America.

Chavez, a fellow conservative on the Council, said he would prefer the sculptures to be more representative of the town.

Chavez and Kelly are both no fans of political correctness. They and fellow Council member Rodney Robinson appeared in the protest area outside a retooled “Drag Queen Story Time” in neighboring Leander recently — meeting the ire of their colleagues, city staff, and the local press. Robinson has since apologized, but Kelly and Chavez have stood firm on their decision to observe and express their opinions as individuals.

So we decided to ask the more outspoken critic of the Stephen F. Austin sculpture more about his decision to oppose it. Kelly told The Hayride he would not have been against a sculpture of a historical nature. But in this case — that of a steel line-rendering of Austin’s profile — it represents hypocrisy, he explained.

“This is a national issue going back several years, now,” Kelly pointed out of a movement to take down and prevent memorials closely or remotely connected to slavery. “We need to be aware of diversity in our community, and we’re told that all the time as Council members. Why are we choosing to ignore it in this case?”

When all was said and done, the vote was 4-2 — yes, with the Democrats on the Council voting in favor.

In all fairness to the Father of Texas, Stephen F. Austin likely held a “Jeffersonian view” on slavery — that it was necessary for economic reasons, but something to be phased out over time. This fact did not stop city staff in nearby Austin from placing Mr. Austin on the second tier of a list of historic namesakes to consider removing or erasing from city-owned property.