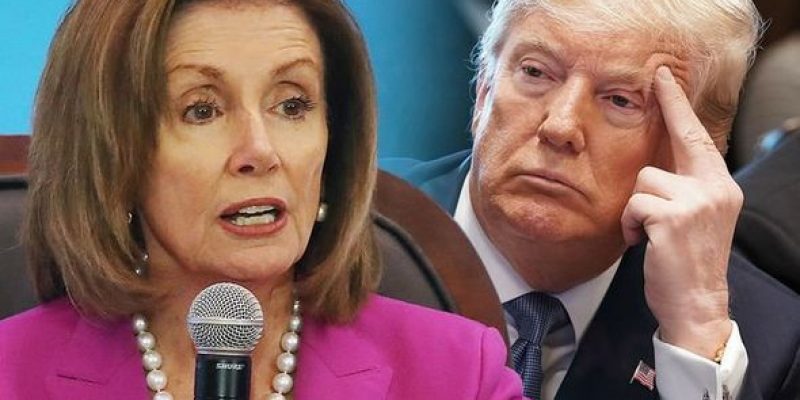 Ushering in a new low for American politics, Democrats in the U.S. House of Representatives on Wednesday voted to condemn President Trump’s recent tweet which took aim at four freshman antagonists who Trump invited to leave the country, “if they hate it.”

The vote was 240-187, largely along partisan lines. Four Republicans voted in favor of condemning the President’s use of “racist language”- Reps. Will Hurd (TX), Susan Brooks (IN), Brian Fitzpatrick (PA), and Fred Upton (MI).

“Those Tweets were NOT Racist. I don’t have a Racist bone in my body! The so-called vote to be taken is a Democrat con game. Republicans should not show “weakness” and fall into their trap. This should be a vote on the filthy language, statements and lies told by the Democrat Congresswomen, who I truly believe, based on their actions, hate our Country. Get a list of the HORRIBLE things they have said. Omar is polling at 8%, Cortez at 21%. Nancy Pelosi tried to push them away, but now they are forever wedded to the Democrat Party. See you in 2020!”

Democrats also held a vote on filing articles of impeachment against Donald Trump which was overwhelmingly defeated. The 45th POTUS celebrated his victory and admonished his critics:

“The United States House of Representatives has just overwhelmingly voted to kill the Resolution on Impeachment, 332-95-1. This is perhaps the most ridiculous and time consuming project I have ever had to work on. Impeachment of your President, who has led the Greatest Economic BOOM in the history of our Country, the best job numbers, biggest tax reduction, rebuilt military and much more, is now OVER. This should never be allowed to happen to another President of the United States again!”

In another brazen move, the House voted 230-198 along partisan lines to hold the nation’s Attorney General, William Barr, in criminal contempt along with Commerce Secretary Wilbur Ross over the pair’s role in trying to add the citizenship question to the 2020 census.

Four Democrats voted “no” and against their party while Rep. Justin Amash (I-MI), voted in favor and in opposition to his former party.

“Holding the Attorney General in contempt for working in good-faith with Congress marks a new low for Speaker Pelosi’s House of Representatives. This vote is nothing more than a political stunt.”

It remains to be seen what consequences may follow for Barr and Ross as the Department of Justice will likely not prosecute their own boss. This certainly appears to be an egregious, partisan abuse of a tool which is entrusted to the US House for legitimate oversight.