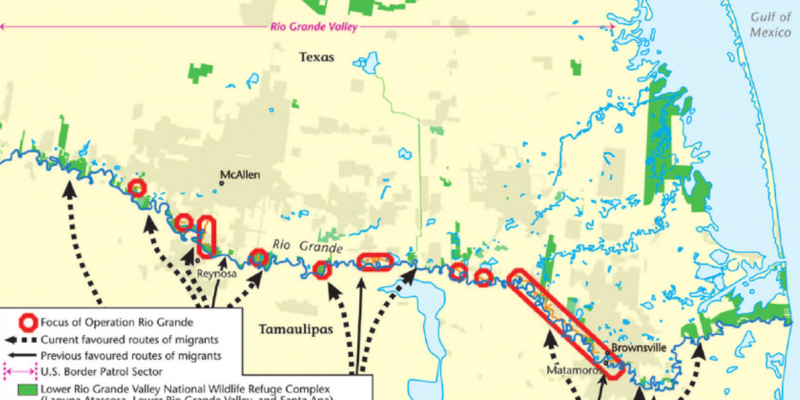 “The demagoguery of left-wing politicians and media pundits created a false narrative that the policies of the Trump administration have resulted in these types of border deaths even though they have existed for nearly two decades,” according to a recently published article by National Review. “Americans deserve to know the truth about this topic.”

Thanks to data published by the National Review, the number of migrants who died after illegally crossing the U.S./Mexico border during the first two years of the Trump administration was 20 percent less than a comparable time period under Obama. It writes:

All else equal, the fewer the border crossings, the lower the number of people who die. But the fact remains that the totals from 2017 (298) and 2018 (283) are two of the lowest since 1999 — and there was no mass outcry in earlier years with much higher numbers.

During eight years under Obama, 2,977 migrants who illegally crossed the U.S./Mexico border died, or 372 on average, annually, according to U.S. Customs and Border Protection (CBP) data.

During the first two fiscal years under the Trump administration, 581 migrants died, or 291 on average, annually. The numbers were lower despite increasingly higher numbers of illegals apprehended.

Despite Democratic rhetoric and liberal media insanity to the contrary, the difference in the number of migrant deaths under Trump vs. Obama is 20 percent.

Breitbart News Texas has extensively reported on the deaths of migrants under both administrations. Under Obama, Breitbart published 20 articles about the deaths of 535 migrants who died in one single county in Texas—Brooks County.

The CBP report on migrant deaths also reveals a shift of where illegal border crossings have occurred– from Arizona to Texas, unsurprisingly after a huge wall was built in Arizona.

Since 2014, the Rio Grande Valley Sector has been the deadliest crossing point–the entire southern border of the State of Texas.