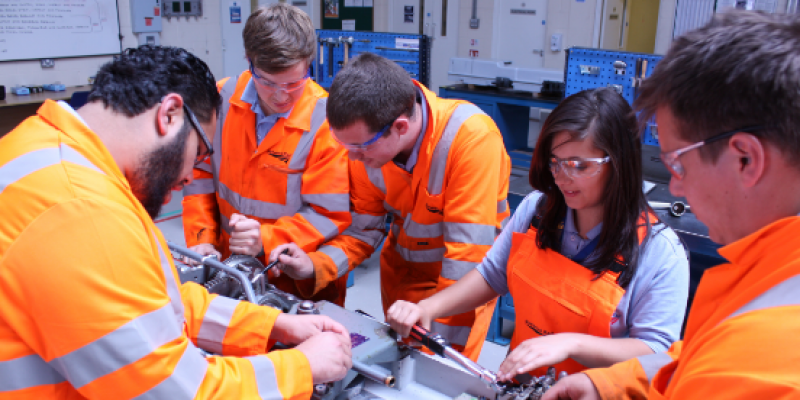 Expanding and improving the nation’s apprenticeship programs by getting government out of the way is the goal of a new proposal the Trump administration announced last week.

“To address America’s skills gap and expand the apprenticeship model to new industries,” the U.S. Department of Labor proposed a new rule under the National Apprenticeship Act. It establishes a process for recognizing Standards Recognition Entities and Industry-Recognized Apprenticeship Programs.

“The Department believes its industry-led, market-driven approach provides the flexibility necessary to scale the apprenticeship model where it is needed most and helps address America’s skills gap,” the proposed rule states.

According to federal data, more than 90 percent of individuals who participate in apprenticeships find gainful employment during or upon completion of their training.

“With this rule, the Trump administration is signaling that the days of costly, one-size-fits-all approaches are numbered,” Kristina Rasmussen, vice president of federal affairs at Foundation for Government Accountability (FGA), told The Center Square. “Apprenticeships offer an incredible opportunity, particularly for young workers, to receive quality job training through paid, hands-on experience.”

A poll conducted by Cor Strategies Inc. found that the majority of likely voters surveyed support expanded apprenticeships and are more likely to support policymakers who also support them.

Seventy-seven percent of those surveyed approved of individuals receiving licenses to work if they obtain comparable on-the-job training through an apprenticeship, even if they haven’t taken formal classes; 66 percent said they would vote for a governor or legislator who made it possible to use an apprenticeship as an alternative path to obtaining licenses.

“Licensing has moved far beyond its original purpose,” it argues, while also having little effect on public safety for many professions.

The number of licenses required to operate a business has skyrocketed within two generations. Today, nearly 30 percent of occupations require a license compared to only five percent in the 1950s. About one-third of workers must now obtain licenses before being able to work in a certain professional capacity, according to the Department of Labor.

The rule removes the Department of Labor from day-to-day management of apprenticeship programs and creates the opportunity for businesses, colleges and other entities running their programs instead of the federal government.

Mary Reynolds, executive director of innovation and secondary transformation at the Illinois State Board of Education, said valuable work-life experience such as apprenticeships will also count toward total instruction time.

The Minnesota Department of Employment and Economic Development’s Jobs Skills Partnership (MJSP) board has helped companies find employees from two-year skills trade schools. It offers grants for training programs and partnerships between businesses and educational institutions.

Some technical colleges have training programs that partner with local-area companies. Ziegler CAT construction company, for example, created an internship program with Dakota County Technical College to train students who would become employees once they graduate. It also reimburses its employees for tuition costs if they participate in a heavy construction equipment technology program at the college.

There’s currently a wait list at the college for its heavy construction equipment, welding and electrical construction programs and its students enrolled in its automotive technology program receive job offers before they graduate.

The 38,000 skilled trades students who graduated from the state’s 30 two-year colleges still weren’t enough to meet the demand for open jobs in the state.